Moving the location of where information is processed or is stored in a system can have positive, scalable effects that drastically improve a business’s operations. Just as warehousing produce in regional or local distribution centers ensures fresher produce at the point of sale, increasing the availability of data via edge computing can result in savings of both time and money.

Edge computing moves processing from centralized servers located hundreds or thousands of miles away to localized servers and devices in order to more quickly process data in applications. Instead of relying entirely on cloud computing providers or data centers to process all of the data, edge computing processes data initially on a local server, whether that’s in a personal device or a small data center in the user’s geographical region. As opposed to typical cloud computing where different services including servers, storage, and applications are all delivered to the user through the internet, edge computing relies less on a single centralized cloud than decentralized devices much closer to the end user’s geographic location.

In terms of computer processing, IBM describes edge computing as shortening the distance between data and enterprise applications, which benefits both local edge servers and Internet of Things (IoT). According to IBM, “This proximity to data at its source can deliver strong business benefits, including faster insights, improved response times and better bandwidth availability.”

Gartner estimates that by 2025, 75% of data will be processed outside the traditional data center or cloud. This will be done in an effort to process higher volumes of data produced by IoT devices and rapidly growing 5G networks. Gartner also foresees edge computing poised for transformation in the next five years, including a 19% increase from 2020 figures in how edge computing systems are delivered and managed.

However, edge computing isn’t only available to big tech companies—the benefits can be reaped by SMBs and residences alike. Telecompetitor notes, “Edge computing isn’t just for metro areas.” Any business whose cloud infrastructure is moved “closer to the network edge” can see a serious uptick in processing power, including farms using precision agricultural technology. For example, edge computing brings the processing power to farmers through a co-op initiative of telecarriers and the FCC, letting farmers track nutrient management analytics at various times of day.

Clearly, edge computing is focused on reduced travel time for data because data storage and processing are more localized. This speedier exchange of data results in quicker processing. The bottom line is reduced time needed to deliver the user’s desired outcome. Edge computing also also produces a number of other benefits, including reduced energy from data centers and enhanced security features for computer systems. 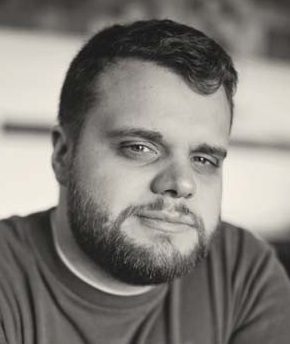 Justin Stokes
Justin Stokes is a freelance journalist and professional writer based in Nashville, TN. He covers enterprise technology and business, along with being a content creator for different industries, including the creative community and real estate.