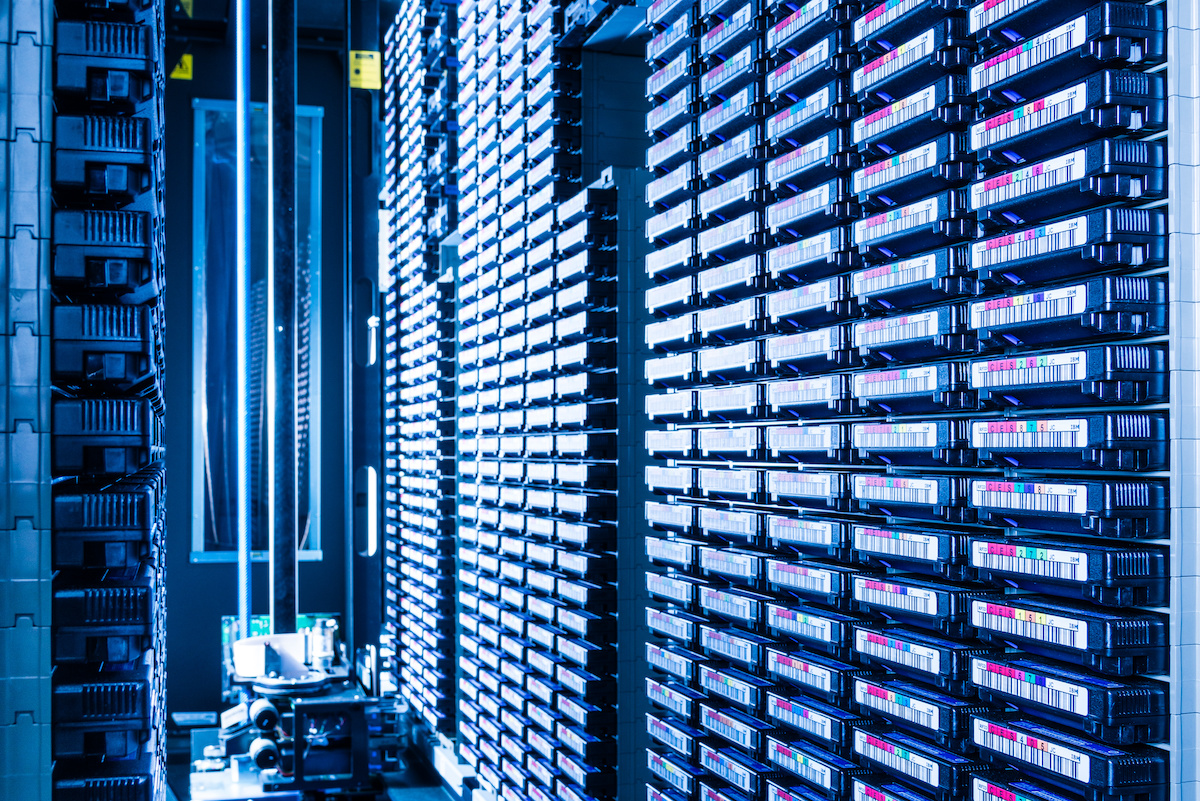 Huge amounts of data are already out there in the digital universe. And IDC believes that the total amount of data created and stored will reach about 175 zettabytes (ZB) by 2025. 175 ZB? It’s hard to imagine even one ZB. Any user who isn’t dealing with massive video or image files, or massive databases can appreciate how hard it can be to fill up a one terabyte (TB) drive. Yet a zettabyte is about one billion TB. And since Cisco declared in 2016 that enterprise was officially entering “The Zettabyte Era,” we’ve been crashing through storage milestones with no end in sight.

Just as it’s mind boggling to imagine so much data existing, it is also difficult to envision 175 ZB spinning merrily around on enterprise hard disk drives (HDDs). As increasing power outages worldwide hound the enterprise tech space, the environmental lobby is already hounding data centers for consuming so much power. Attempting to store that amount of data on disk would cause the likes of Greenpeace to declare war on IT as a whole.

That’s where tape comes into its own. Most data becomes dated within a few days. Consider how many of your old emails you ever look at. Typically, they are viewed once and thereafter ignored. It’s the same with most data. Emails, social media posts, and web traffic are typically viewed at a specific moment in time and that’s the end of it.

Why Keep Dormant Data on Disk?

According to Fred Moore of Horison Information Strategies, 60 to 80% of all data is dormant after as little as 30 days. That means it is unlikely to be accessed or read again. Therefore, for the sake of IT infrastructure costs, and the sake of the planet, the rising torrent of data that is upon us should not be left on spinning disk.

Recent data can stay online in flash and HDD storage – different organizations may define ‘recent’ as 30 days or 90 days depending on user preference, data patterns, and budget limitations. Send the rest of the data to a tape archive. To address any concerns about long delays waiting to retrieve data from tape, the various vendors that comprise the Active Archive Alliance have devised a platform whereby data residing in tape cartridges can be accessed relatively quickly.

No more sending an email to Iron Mountain to request a tape from a vault, having it mailed to IT, and then loading the data. The latest systems can be nearline – data on tape is available in a couple of minutes. Automated tape libraries from a number of vendors house tape cartridges that are offline yet quickly available. IT doesn’t have to go into some obscure application to be able to access tape data. Instead, the tape information is represented as another drive within the overall system. Files can be searched for and retrieved. And the big plus is that no electricity, power, or cooling energy is consumed by offline tapes. As a bonus, an air gap exists which cybercriminals can’t penetrate as the cartridges are retained offline.

Another bonus is compliance. Enterprise Strategy Group stated that 86% of organizations using tape believe the technology is critical or important in meeting compliance requirements. More than likely, compliance requirements will evolve beyond those covered in existing legislation such as Sarbanes-Oxley, HIPAA, and the many directives covering personal information. Within a few years, it is likely that environmental compliance guidelines will become part of the IT landscape. Data centers and server rooms will be required to reduce energy consumption and adopt various measures to increase efficiency. Expect tape archiving to be made part of such requirements.