Big Tech Brother IS Watching You 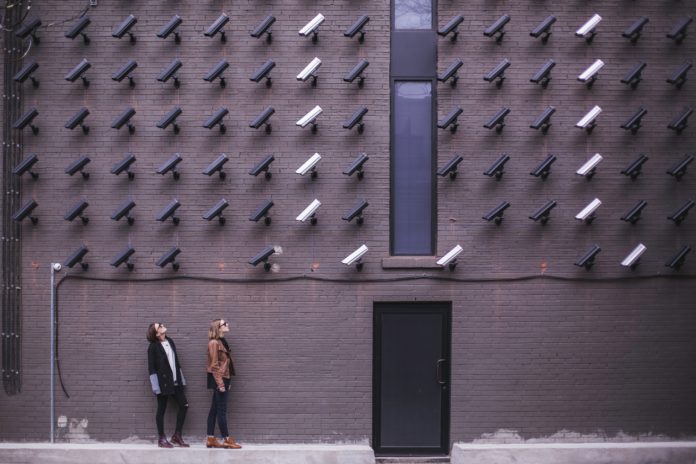 It has been known for some time that big tech gathers, analyzes, and sells vast amounts of consumer data. But a new survey by Surfshark highlights the extent of this user data surveillance.

The study was based on an analysis of user data requests received by the likes of Apple, Google, Facebook, and Microsoft from the governments of 66 countries between 2013 and 2020. It summarizes the degree of fully or partially disclosed data requests provided by these companies.

They received a staggering 3,067,228 over that eight-year span. Out of that, almost two million requests were either fully or partially disclosed by the big tech companies. Surfshark research found that the minimum level of disclosure by any company was 55%, with one of them fulfilling more than three quarters of all government requests for data from around the world. 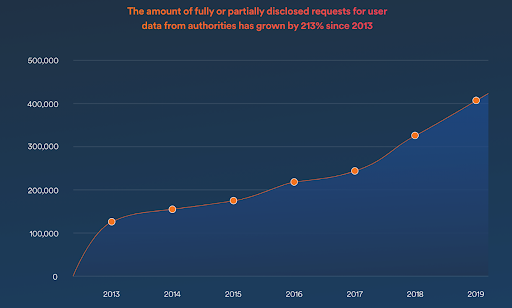 EU Countries Among the Most Surveilled

When you view the number of requests per 100,000 people per year by authorities to big tech, Surfshark noted a threefold increase. In addition, the study found that seven out of the top 10 countries with the highest number of user data requests are from the European Union. Singapore, the United States, and Australia complete the list of the most surveilled countries.

“During the past years, the world has witnessed widespread adoption of physical and online surveillance tools,” said Vytautas Kaziukonis, CEO of Surfshark. “An increasing number of governments are deploying a range of surveillance technologies under the promise of maintaining order and public safety. However, it is evident that tracking and monitoring citizens can be far more overreaching and infringe people’s privacy.”

Seven out of the top 10 countries with the highest number of user data requests are from the EU.

A tiny island in the Mediterranean turned out to be the leader of the pack. Malta topped the list of user data surveillance, with 765 requests for user data per 100,000 people. Another tiny country in Asia, Singapore, ranked second at 373. Germany came in third place with 353 requests.

Which countries had the lowest rates? Kenya, the Philippines, and China were at the bottom of the list with less than one request per 100,000 people. However, the believability of official Chinese government data must be questioned. Even if accurate, it is likely that many additional requests are happening at a local level, without the need to send requests directly to the big tech giants.

With the European Union coming out so badly in the survey, those living in the U.S. should not feel too superior. Between 2013 and 2020, big tech received almost 40% more user data requests from U.S. government entities than from all the EU countries combined. In other words, the U.S. appears to be surveilling far more than any other nation.

Google is by far the leader in the overall number of disclosed requests and has held that title since 2013. But compared to the others in big tech, it has a relatively low request disclosure average of 58%, in second place behind Apple. But in 2019, a new request fulfillment champion emerged — Facebook.

Its number of requests has grown nearly sixfold since 2013. It is also highest in partially or fully disclosing the bulk of those requests. And of course, the United States leads the way in Facebook requests per 100,000 people.