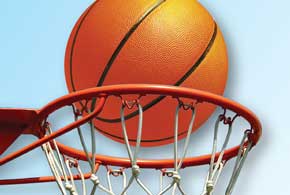 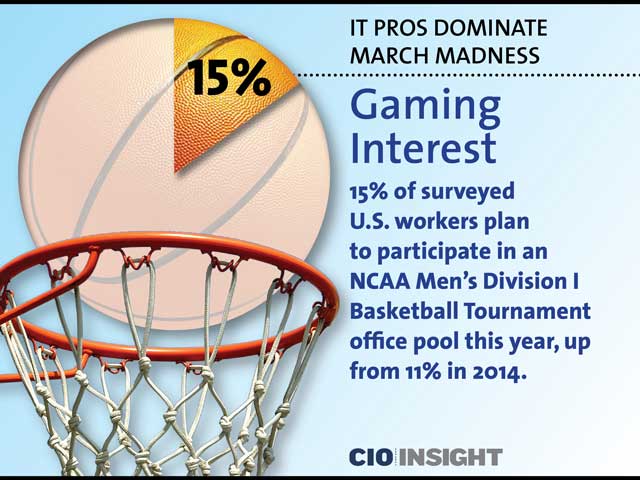 15% of surveyed U.S. workers plan to participate in an NCAA Men’s Division I Basketball Tournament office pool this year, up from 11% in 2014. 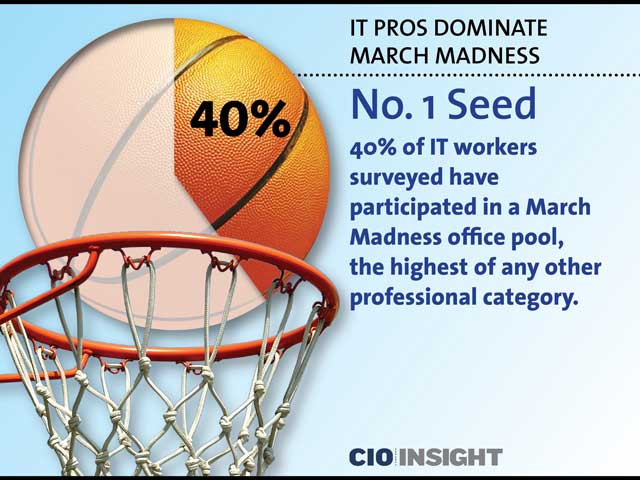 40% of IT workers surveyed have participated in a March Madness office pool, the highest of any other professional category. 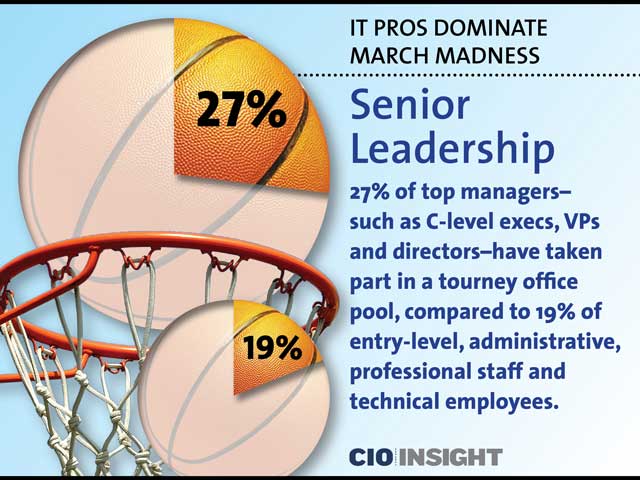 27% of top managers–such as C-level execs, VPs and directors–have taken part in a tourney office pool, compared to 19% of entry-level, administrative, professional staff and technical employees. 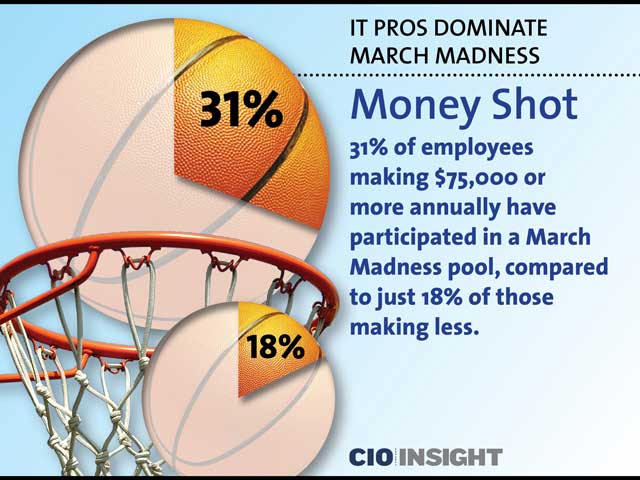 31% of employees making $75,000 or more annually have participated in a March Madness pool, compared to just 18% of those making less. 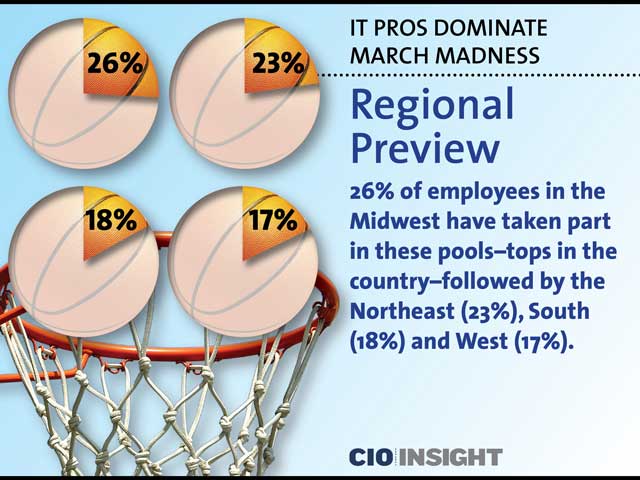 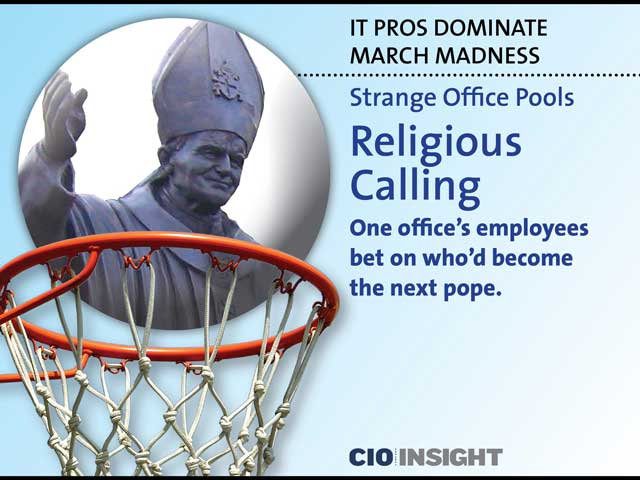 One office’s employees bet on who’d become the next pope. 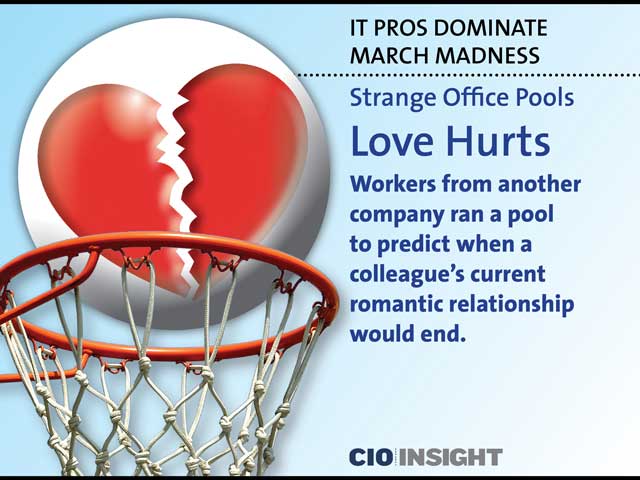 Workers from another company ran a pool to predict when a colleague’s current romantic relationship would end. 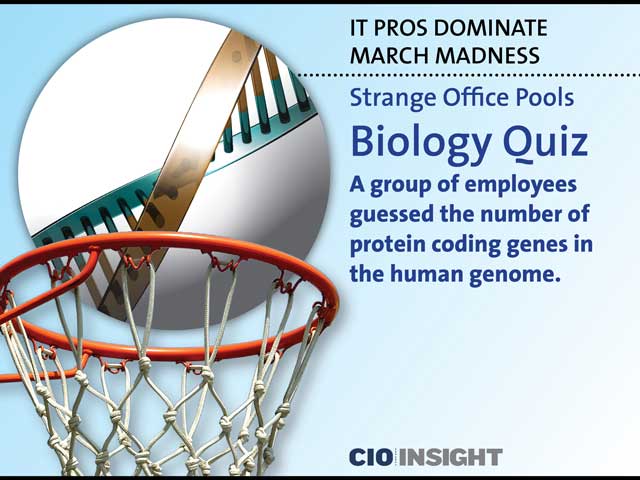 A group of employees guessed the number of protein coding genes in the human genome. 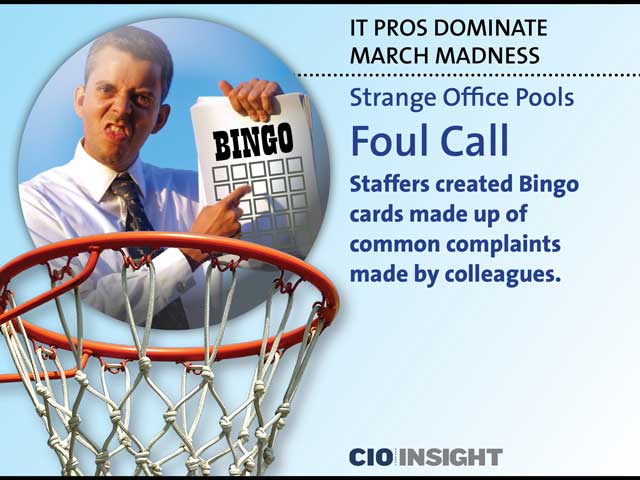 Staffers created Bingo cards made up of common complaints made by colleagues. 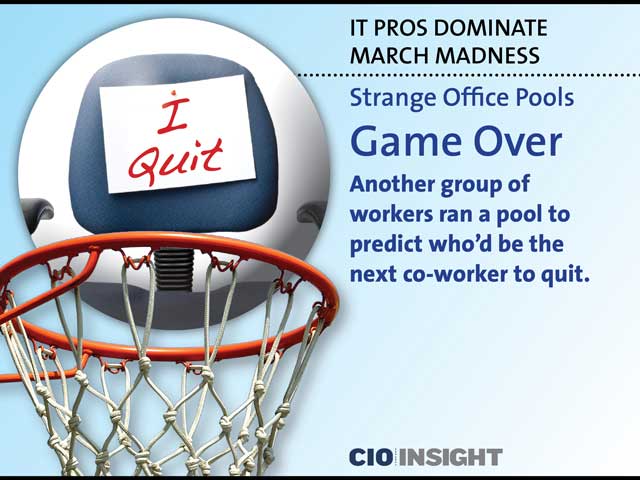 Another group of workers ran a pool to predict who’d be the next co-worker to quit.

Facebook
Twitter
Linkedin
Email
Print
Previous articleIs It Time for the Apple Watch?
Next articleHow Mishandled IT Incidents Spiral Out of Control