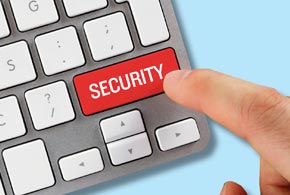 CEOs consider CIOs among the most important C-level executives, saying that these IT leaders play an important role in bringing security to board-level thinking. IT Security Is a Top Priority

Nine out of 10 technology decision-makers believe that IT security is a top priority for their company, but only two-thirds agree that their security budget is sufficient. Cloud security spending increased in the past year for 48% of the respondents, yet the IT security budget for other areas remained stagnant. Only 64% of cyber-attacks can be stopped, detected or prevented with current resources, according to the survey respondents. 34% of the companies surveyed were breached in the past 12 months, but 74% of the respondents don’t know how their company was breached. Paying to Avoid a Public Scandal CIOs’ Importance to the Company

My job is more important in the company’s hierarchy: 34%,
My job has completely transformed in past years: 30%,
My job is as important as it used to be: 36% Perception of the IT Security Budget How to Make Your Data Secure, Part I How to Make Your Data Secure, Part II