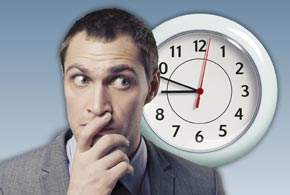 Just when you think you’ve heard it all, these excuses involve everything from wild animals to wardrobe malfunctions to, yes, even dangerous hair dryers. 62% of those who arrive late will stay after-hours to make up for it. Two of every three employees and employers feel that the concept of working 9 to 5 is an antiquated practice. 51% of employers expect employees to be on time every day, even though most feel ‘9 to 5’ is outdated. 41% of employers have fired someone for being late. “There was fresh powder on the hill. I had to go skiing.” “A black bear entered my carport and decided to take a nap on the hood of my car.” “All of my clothes were stolen.” “My hair caught on fire from my blow dryer.” 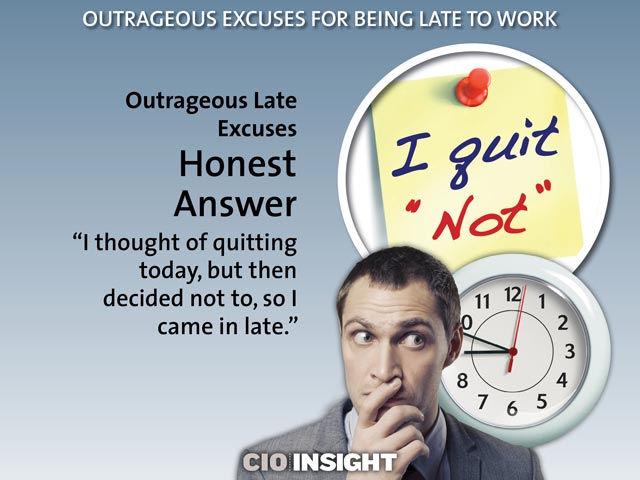 “I thought of quitting today, but then decided not to, so I came in late.”