Should the CIO Run HR, Too? 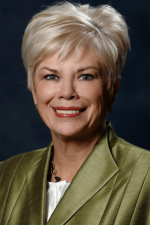 Human Resources and Information Technology executives often suffer from the same issues: They are relegated to running support organizations within the corporate structure. These are shared services that are leveraged by all parts of the company, but despite this ubiquity, team members in these divisions, and even their leaders, are often considered second-class citizens of the corporation. Yet, what is more important to your organization than recruiting and grooming great people? Likewise, the expectations of those team members, as well as those of your customers, demand that your technology be elegant and efficient.

The people who make up these two departments traditionally have been very different. Most IT professionals are engineers who are very analytical and who speak a language that is very different from the language used by the rest of the corporation. IT also tends to be male dominated. HR departments are typically made up of people with liberal arts and organizational design backgrounds. HR has tended to be progressive in hiring female leaders. Given these differences, rarely have IT and HR been led by the same individual. Discovering similarities between these departments, combined with the need to think creatively about each, has caused some progressive companies to consider this combined role.

Sheleen Quish is, perhaps, the most prominent example of this. After leading IT departments at Unitrin and U.S. Can, among other companies, she joined Ameristar Casinos in early 2007. She joined the company on an interim basis, believing this would be a temporary job before retiring. Not one to work at half-speed, Quish threw herself into the role, and discovered she had a great affinity for the gaming business and an even greater affinity for Ameristar.

After Quish accepted the company’s invitation to join full-time, she standardized key infrastructure such as the gaming and lodging management systems across Ameristar’s eight properties. She consolidated the company’s independent iSeries servers into one and created a mirror image backup solution at another site. She recently oversaw a major move to a high-security co-location site in 2011, further strengthening the company’s technical infrastructure.

Prior to Quish’s arrival, IT was not considered a strategic component of the company. The IT team didn’t push to have business consider them more as they were formulating IT project plans, says Quish. She focused a lot of time and attention in building relationships and partnerships with the other executives in the company, upgrading the talent in the IT department and at its eight properties, creating an enterprise IT team, therefore elevating the company’s impressions and expectations of IT.

When the HR leader left the company in late 2010, Quish stepped up to take on the HR responsibilities in addition to her role as CIO. She had managed the function in a previous life as head of operations and IT. Moreover, since many of the improvements in IT were related to people and processes, it made sense to leverage these successes on a company-wide scale.

In delving into the challenges facing the HR department, Quish discovered issues akin to those that typically plague IT departments. If left to their own devices, HR departments, like IT departments, have a tendency to be rather insular, focusing more on what they have been asked to do, than on thinking proactively about what they should be doing. There’s opportunity for executives in both departments to act as consultants to the businesses they serve.

Quish found a number of good ideas that had been on HR’s radar for a long time, but had never risen to a priority high enough for the corporation to pursue. Moreover, she discovered that many of the ideas had an IT component. Under her leadership, HR leaders raised these “C-list” ideas to the “A-list.” These have included:

Likewise, by having her finger firmly on the pulse of the people in the organization, Quish’s appreciation of the creative uses of social media for team member recruitment grew. Her efforts on this front, which might have hit resistance from the IT team (concerned about security) and HR (concerned about loss of productivity), instead received full support and attention.

Ameristar has discovered what other companies may also find: That by having a single executive responsible for IT and HR, the needs of the most important resource at any company, its people, can seamlessly translate into IT solutions where appropriate. In addition, IT professionals, often managed by project management, experience the high touch of a leader who is connected and inspired by people first. Having the right leader responsible for HR and IT will raise the profile of each department to the point where these professionals can bring their full value to the company.

Peter High is president of Metis Strategy, a boutique IT-strategy consultancy based in Washington, DC. A contributor to CIO Insight, High is also the author of World Class IT: Why Businesses Succeed When IT Triumphs, and the moderator of the podcast, The Forum on World Class IT. He can be reached at [email protected].

How Do CIOs Plan to Manage Teams Post-COVID?