Why Confidence Is Falling for IT Workers 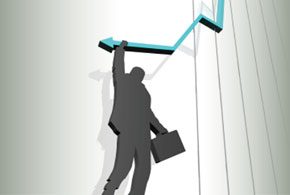 Why Confidence Is Declining Among IT Workers The overall Employee Confidence Index among IT workers declined to 57.4 in the fourth quarter of last year, compared to 61.7 in the third quarter. 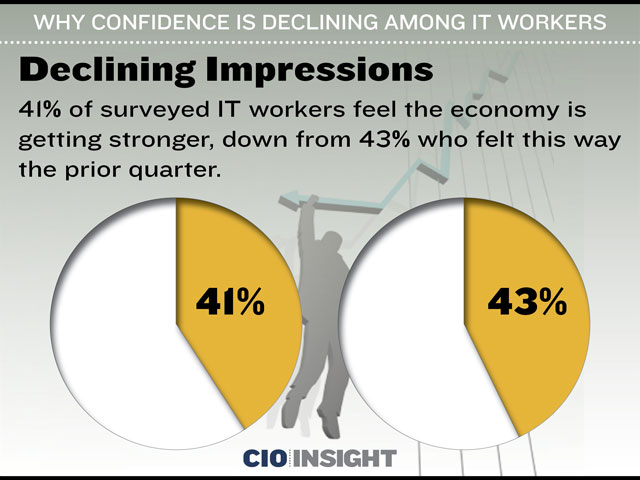 41% of surveyed IT workers feel the economy is getting stronger, down from 43% who felt this way the prior quarter. 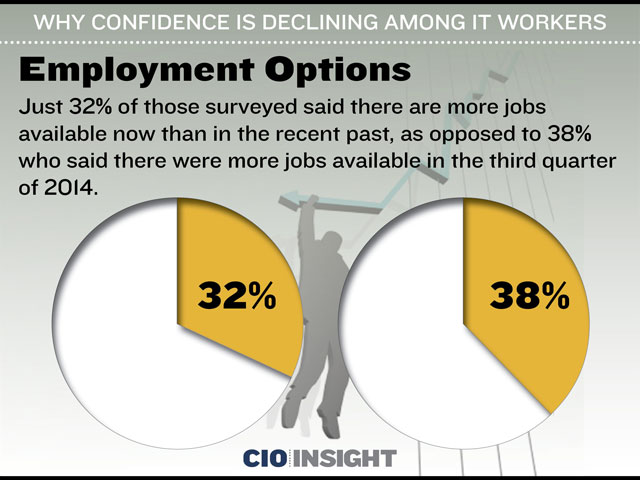 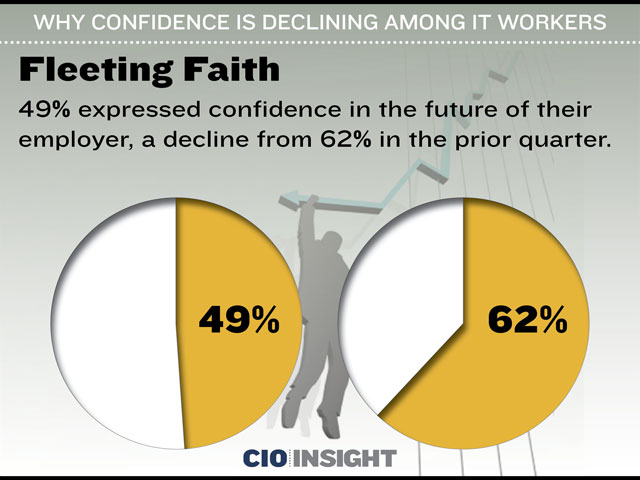 49% expressed confidence in the future of their employer, a decline from 62% in the prior quarter. 60% said they’re not likely to get laid off within the next 12 months, compared to 67% in the prior quarter. 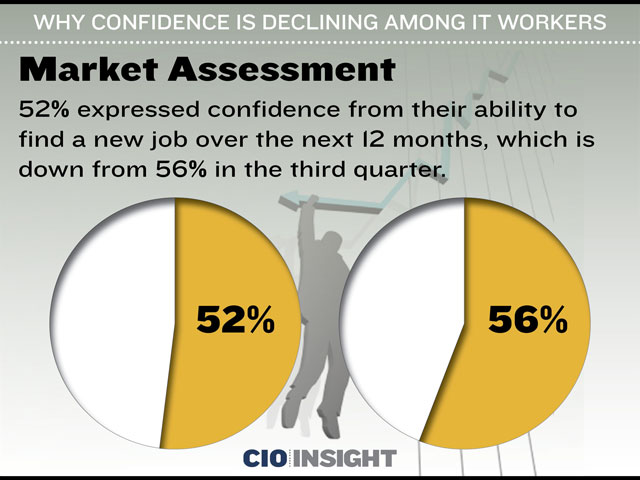 52% expressed confidence from their ability to find a new job over the next 12 months, which is down from 56% in the third quarter. 41% plan to seek new employment opportunities over the next 12 months, which is roughly the same as in the prior quarter. 54% of male IT workers are confident in the future of their current employer, compared to just 26% of female tech employees. Facebook
Twitter
Linkedin
Email
Print
Previous articleHow Will CIOs Use Their Growing Influence?
Next articleWhy the Role of CIO Will Only Get More Difficult

8 Things to Know About the H-1B Visa Process

Is It Wise to Get Into an AI Job?