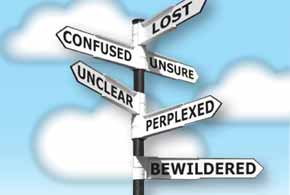 IT professionals are migrating to the cloud, yet they are unclear about public cloud shared responsibility for security. 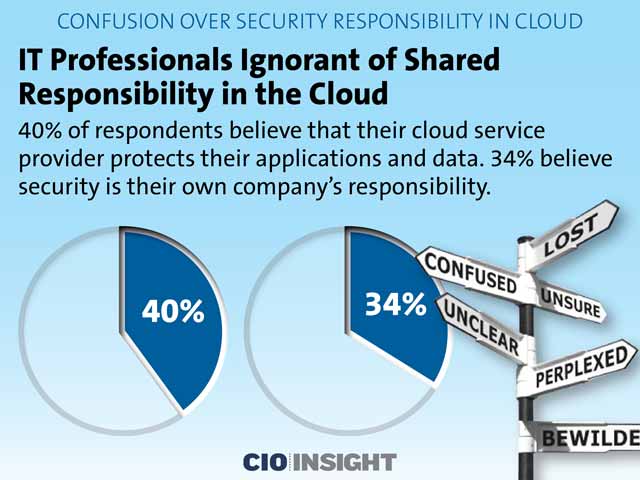 IT Professionals Ignorant of Shared Responsibility in the Cloud

40 percent of respondents believe that their cloud service provider protects their applications and data. 34 percent believe security is their own company’s responsibility. Despite Confusion, Rapid Migration to Cloud

60 percent of respondents said they already have or will soon move their IT infrastructure to the cloud. 15 percent plan to migrate, but will retain some on-premises capabilities. 25 percent have no plans to move to the cloud. Organizations are being proactive when it comes to cloud-based application and data security. 55 percent have encrypted at least half of their internal traffic. 50 percent of large enterprises have unified security policy management across hybrid deployments. 49 percent of respondents have a security solution that can prevent Advanced Persistent Threats that use application files as breach vectors. 63 percent of respondents said they have some ability to identify apps or services operating in their public cloud. 66 percent of respondents have some ability to enforce application-level access control policies in their public cloud. 67 percent of respondents have some ability to see or control file movement and application flow in the public cloud environment. 67 percent of respondents said they have some ability to block application flow vulnerabilities or malware in their public cloud environment. Asked what general approach they have adopted for public cloud infrastructure security, respondents reported as follows:
Network-based: 28%,
Host-based: 17%,
Application-based (WAF): 16%,
Next Generation Firewall (NGFW): 17%,
I don’t know: 10%,
None of the above: 13% How Do You Prevent Data Exfiltration?