Many companies think that enterprise apps take at least half-a-year to build and launch. The right mobile platform, however, can cut development time in half, decreasing it to 60 to 90 days. One key is for developers to reuse code and backend services whenever possible in order to speed integration. Enterprises that have invested in legacy systems hesitate to develop mobile apps unless they seamlessly plug into existing mission-critical technologies. On average, a suite of enterprise apps connects between two to six backend systems and APIs. Two in three do not have accessible APIs, slowing development or making mobile apps unusable. Solution: Mobile Backend As a Service

The solution is to leverage an enterprise-grade mobile backend as a service (MBaaS) with an API infrastructure. This enables mobile devices to access legacy systems. 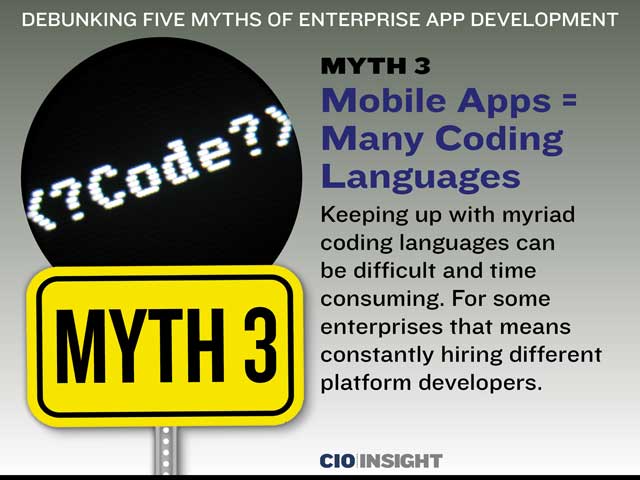 Keeping up with myriad coding languages can be difficult and time consuming. For some enterprises that means constantly hiring different platform developers. You don’t have to hire developers who know 10 different coding languages, like HTML 5, JavaScript, Objective-C, C# and Sencha Touch. Use a Bring Your Own Toolkit approach that allows developers to use the languages and toolkits with which they’re most comfortable. 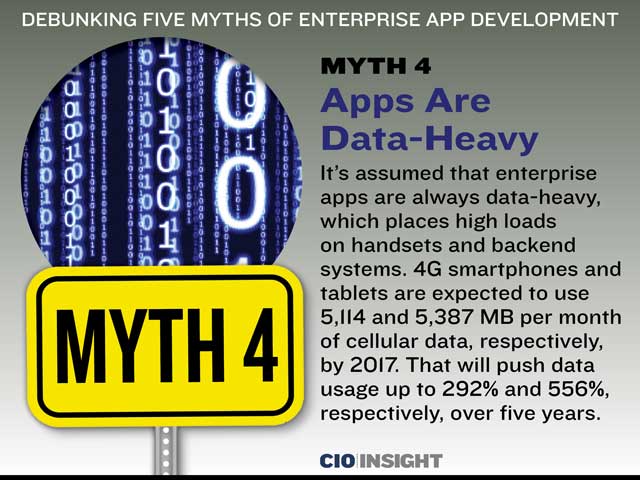 It’s assumed that enterprise apps are always data-heavy, which places high loads on handsets and backend systems. 4G smartphones and tablets are expected to use 5,114 and 5,387 MB per month of cellular data, respectively, by 2017. That will push data usage up to 292% and 556%, respectively, over five years. 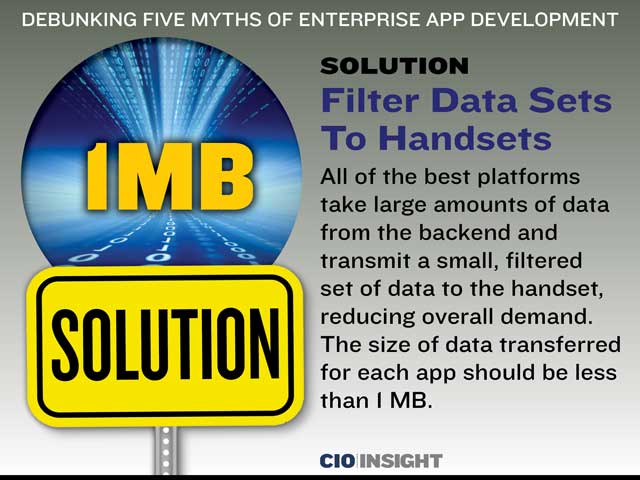 All of the best platforms take large amounts of data from the backend and transmit a small, filtered set of data to the handset, reducing overall demand. The size of data transferred for each app should be less than 1 MB. Myth 5: Hire a Chief of Mobility

Many people think hiring a Chief of Mobility is the best way to oversee app development and deployment, but the average project requires at least 20 personnel such as business heads, developers, project managers, IT and employee stakeholders. A Mobile Center of Excellence or Mobile Steering Committee can collaborate and use the same technology standards and requirements to guide mobile projects across many business units and thereby avoid silos.

How to Do a Software Evaluation