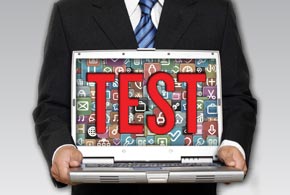 Many IT teams don’t have enough time to run software tests and often lack testing resources. They also don’t have staff qualified to oversee test automation. 67% of the global IT professionals at midsize and large companies, as well as 75% of those at small businesses, said that at least half of their IT projects are agile. 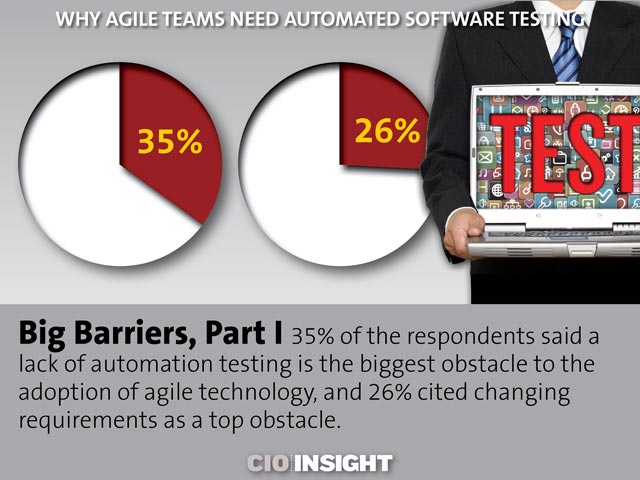 35% of the respondents said a lack of automation testing is the biggest obstacle to the adoption of agile technology, and 26% cited changing requirements as a top obstacle. 22% said a lack of adequate time to run tests presents a major obstacle to the adoption of agile technology, and 12% cited the absence of qualified testing resources. 45% of the global IT pros surveyed said their company lacks personnel with skills in test automation. 19% said the products they need to test are not compatible with automated testing, and 13% said they struggle to determine what testing to automate and what to leave as manual processes. 75% of the IT pros surveyed said they use multiple automation tools for testing, up significantly from 58% in 2015. 31% said that at least half of their projects involve mobile or mobile-enabled testing, up from 20% in 2015. 23% of the IT pros surveyed said that at least half of their projects involve IoT-related testing, down from 29% in 2015. 19% said they need to involve quality assurance team members in agile processes before they begin to design and code.