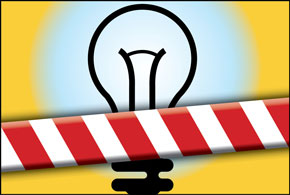 At least six of 10 CIOs and other tech execs describe their organizations as “reactive” at best—if not passive or “stuck at the gate”—when it comes to tech innovation. More than 55% describe their company’s ability to communicate technology changes as “fair” or “poor.” Nearly two-thirds say their organizations are only “fair” or “poor” at documenting, retaining and putting “tribal knowledge” about technology to use. More than one-half describe their companies as “slow” at best—if not “shaky” or “shameful”—in delivering new IT initiatives. Difficulties in engaging and training employees: 35%, Lack of management support: 32%, Inability to customize to specific needs: 28% 82% say it’s “important” or “critical” for their organization to help them develop their skills and expand their knowledge base. Six of 10 CIOs and other tech execs say the CIO and IT department are viewed as “important” or “critical” within the organization. Nearly 60% say their companies are either “hungry” or “starving” when it comes to embracing new ways to pursue tech solutions. 47% describe their organization’s execs as either “pretty good” or “inspiring” in terms of their own proper use of technology.

AI Equity in Business Technology: An Interview With Marshall Choy of SambaNova Systems

What Is the Supply Chain Management Process?