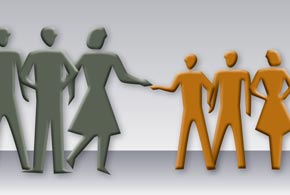 The relationship between enterprises and startups is often necessary for both to succeed—despite their seemingly opposed business views. Still, it’s complicated. Survey respondents from enterprises expect the proportion of their revenues generated by collaborations with startups/entrepreneurs to rise from an average of 9% today to 20% in five years. 71% of execs at major companies said they are collaborating successfully with entrepreneurs, compared to 57% of entrepreneurs who agree. 78% of survey participants at large businesses said that working with entrepreneurs is “important” or “critical” to their own growth and innovation, but only 67% of entrepreneurs feel this way. 29% of entrepreneurs said large organizations lack the commitment needed to work together, compared to just 7% of execs at large enterprises who say this is true. 75% of survey respondents at big businesses describe themselves as sufficiently entrepreneurial, but 75% of startup leaders who worked at large companies said they left because they didn’t feel that they could be entrepreneurial there. 46% of survey respondents at major corporations say their government makes it easier for large companies to collaborate with startups/entrepreneurs, but just 30% of entrepreneurs agree. 53% of execs at large organizations said accessing specific skills and talents is a top benefit of collaborating with startups/entrepreneurs, and 50% said the opportunity to enter new markets is a top benefit. 49% of entrepreneurs said getting access to a large enterprise’s distribution network and customer base is a top benefit of collaborating with these companies, while 45% cite the opportunity to serve as a supplier for these big organizations.