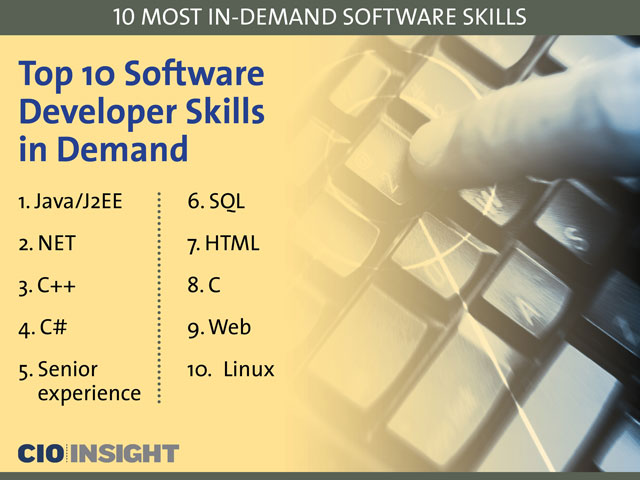 Java provides a framework for Hadoop, a platform that’s useful when you have a lot of data. Java knowledge is also important for Android developers. Hiring managers value experience and seek senior developers who they match with less experienced developers as they build teams in a tight job market. Today’s core of technologies will inevitably change in accordance with trends like wearable electronics, the Internet of Things, and robots and drones. All of these technologies will require a new generation of software developers. Wearable electronics include smart watches, bracelets and earbuds that measure, among other things, biometrics, and are poised to change how we live, work and play during the next decade. Professionally, UI gurus will benefit from this trend. The Internet of Things

Six billion Internet-enabled devices will be manufactured this year. Developers and engineers with expertise in sensors, embedded systems and big data applications will be in high demand. Amazon, Google, and other technology companies interested in robots and drones will generate new jobs in robotic design, engineering and software support.