Why Federal Employees Want to Innovate 53% of respondents say their agency either has not taken concrete steps to encourage innovative thinking, or they are unaware of steps that may have been taken. 64% say their department or agency lacks clearly defined processes to develop new ideas. 49% of respondents disagree with the statement that their department or agency tracks performance of new initiatives after they have been implemented. 66% said their agency does not set benchmarks for innovative goals. 46% of respondents said their co-workers inspire new ideas, 43% said they seek inspiration from private sector companies, and 40% said they draw on other departments and agencies. Only 23% named universities. 16% indicated citizens, and 15% draw on think tanks. 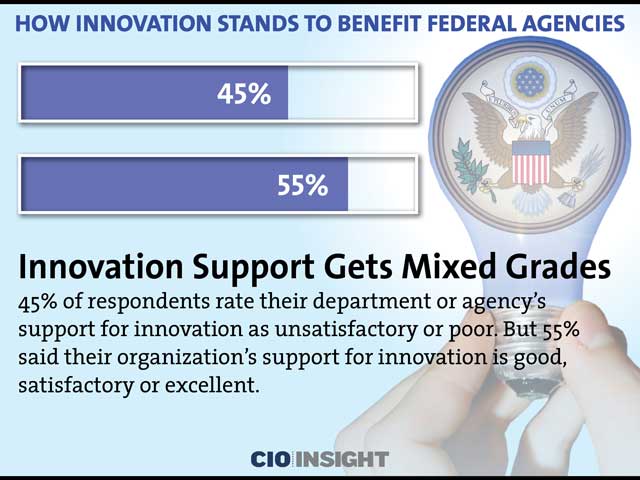 42% of respondents said they believe a total overhaul of the current system to foster innovation would be best. 48% recommend making gradual adjustments. 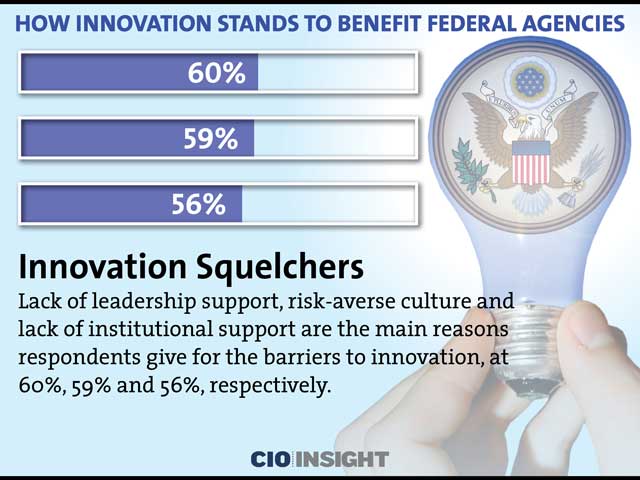 Lack of leadership support, risk-averse culture and lack of institutional support are the main reasons respondents give for the barriers to innovation, at 60%, 59% and 56%, respectively. 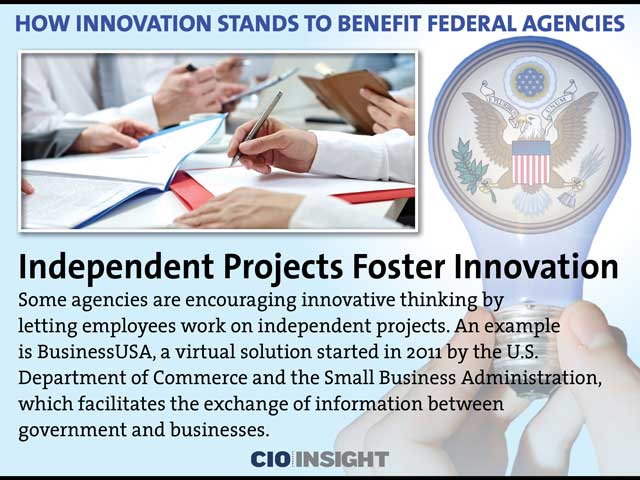 Some agencies are encouraging innovative thinking by letting employees work on independent projects. An example is BusinessUSA, a virtual solution started in 2011 by the U.S. Department of Commerce and the Small Business Administration, which facilitates the exchange of information between government and businesses. Asked to rate their department or agency’s digital collaboration tools, such as social media, mobile apps and cloud-based, life-sharing tools, 42% of those surveyed said their tools were unsatisfactory or poor, 31% said they are satisfactory and 14% say they are good.