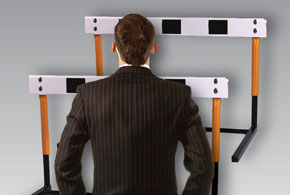 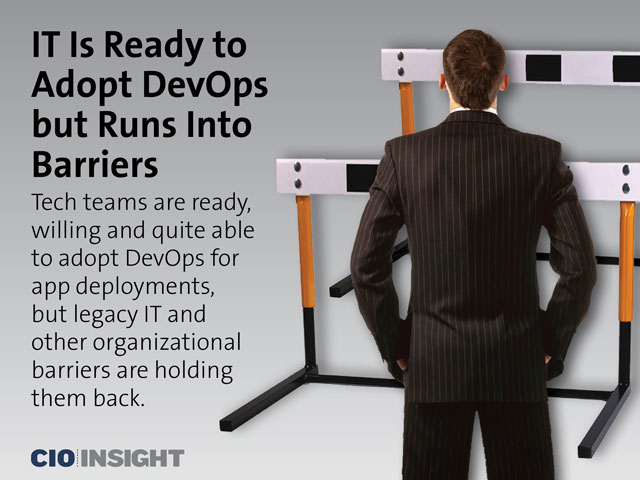 Tech teams are ready, willing and quite able to adopt DevOps for app deployments, but legacy IT and other organizational barriers are holding them back. 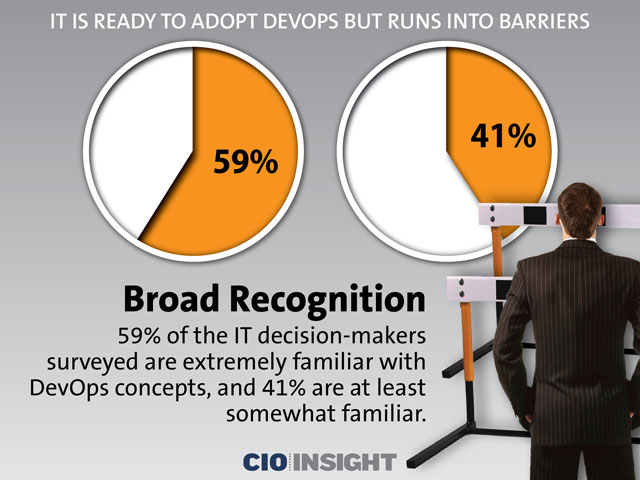 59% of the IT decision-makers surveyed are extremely familiar with DevOps concepts, and 41% are at least somewhat familiar. 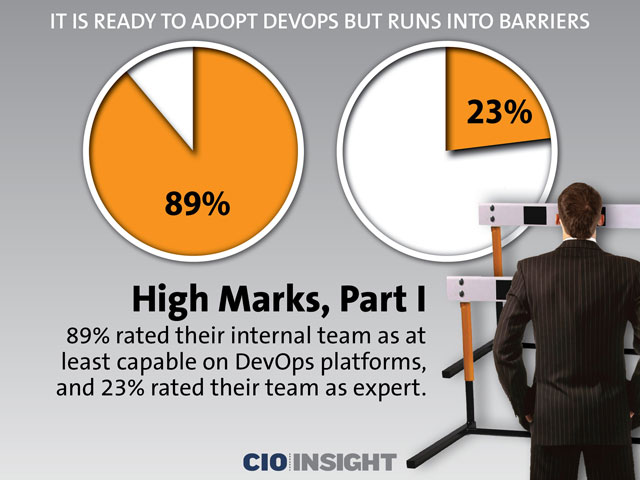 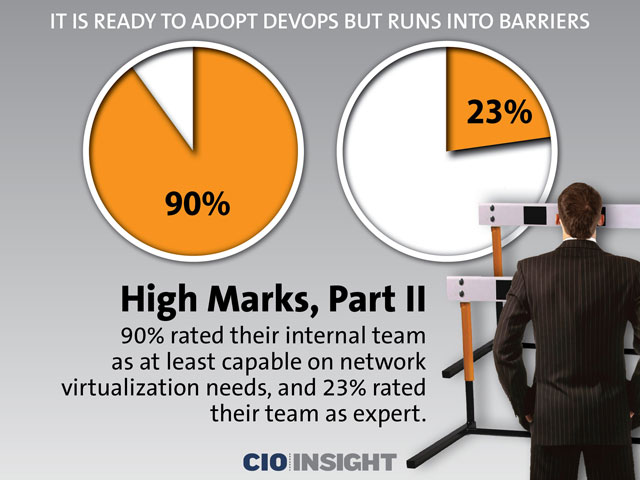 90% rated their internal team as at least capable on network virtualization needs, and 23% rated their team as expert. 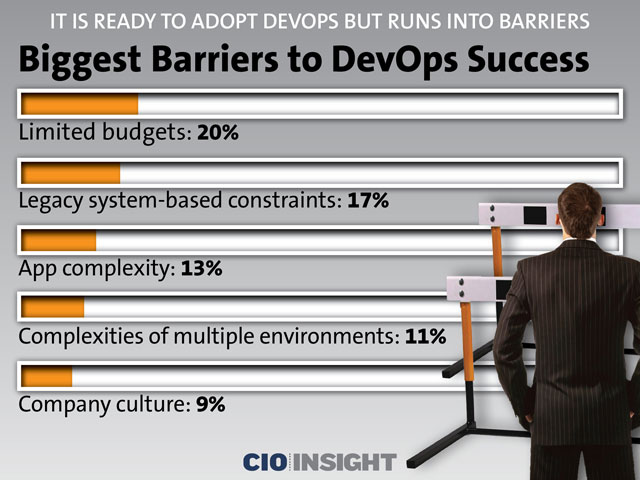 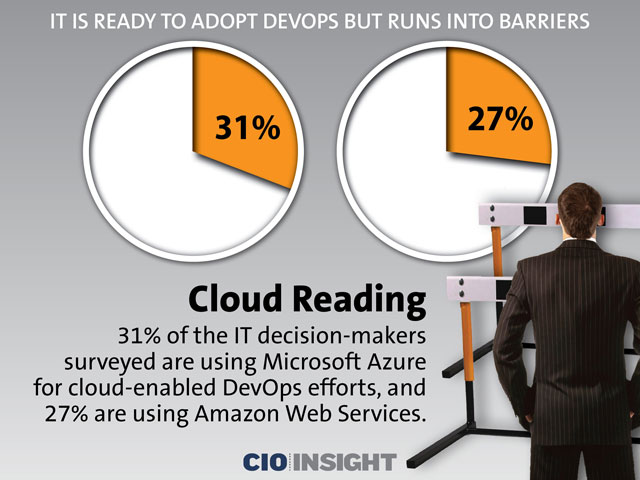 31% of the IT decision-makers surveyed are using Microsoft Azure for cloud-enabled DevOps efforts, and 27% are using Amazon Web Services. 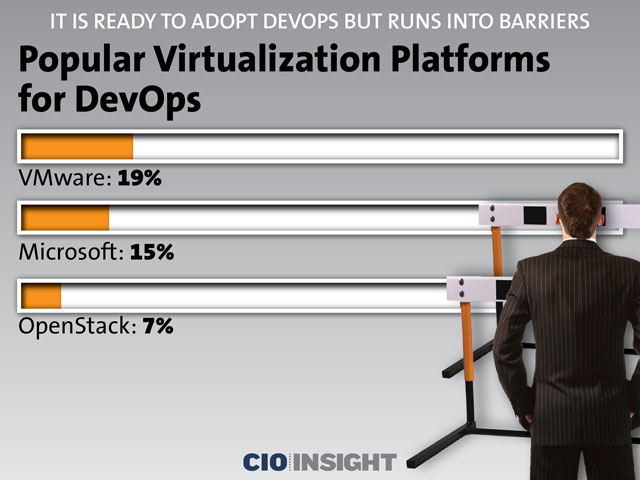 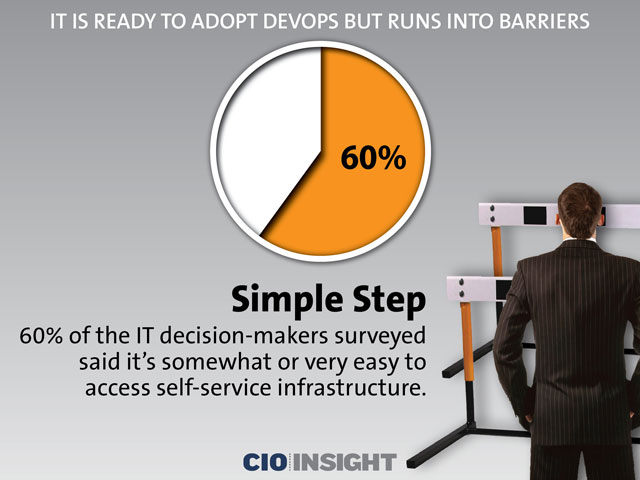 60% of the IT decision-makers surveyed said it’s somewhat or very easy to access self-service infrastructure. 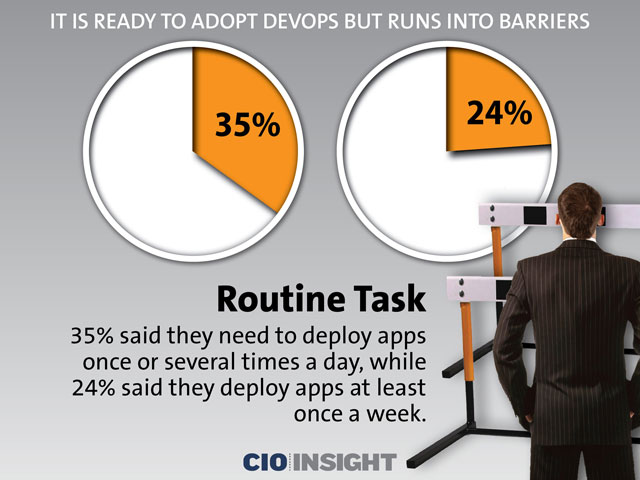 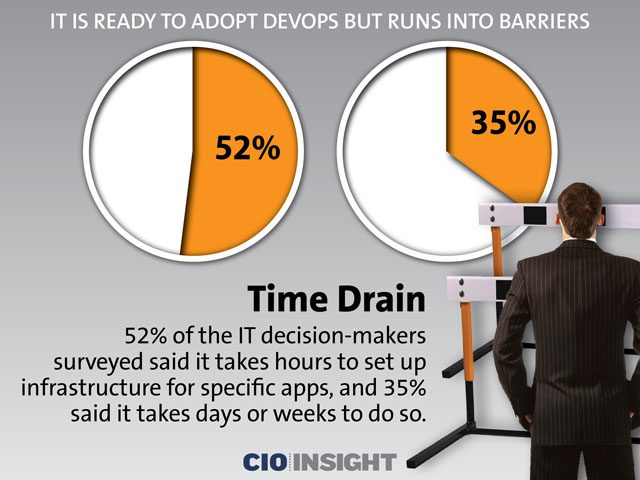 52% of the IT decision-makers surveyed said it takes hours to set up infrastructure for specific apps, and 35% said it takes days or weeks to do so.