Enterprises are not taking advantage of video collaboration and conferencing even though workers welcome the technology, according to a survey. 81% of workers say their video sessions are usually scheduled in advance, but only 9% initiate the sessions themselves. 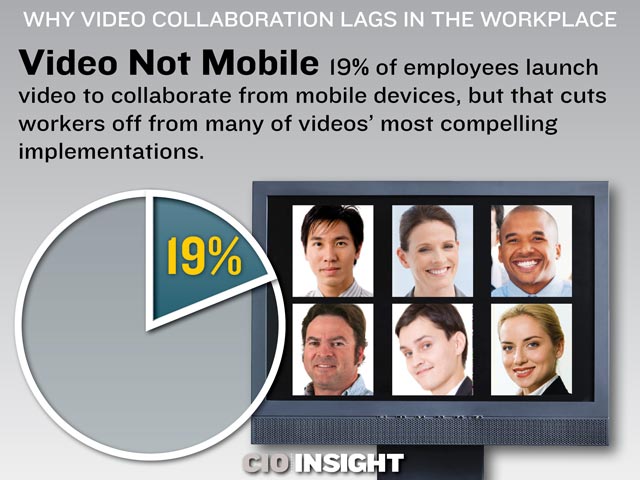 19% of employees launch video to collaborate from mobile devices, but that cuts workers off from many of videos’ most compelling implementations. Not using video on mobile devices affects workers of all ages, including tech-dependent Millennials, who are usually known for bringing consumer-grade applications and devices to the workplace. Most workers (63%) interact with video via IT-deployed Web conferencing software. 45% do so with Unified Communications systems. Workers Are Not Camera Shy

During chat and conferencing sessions in which video is available, 47% of employees turn their WebCams on when others do. 13% turn them on, regardless. One-third of workers resist turning on their WebCams in reciprocity with other workers, but they don’t mind launching video when asked. Only 8% resent being asked to share video of themselves. 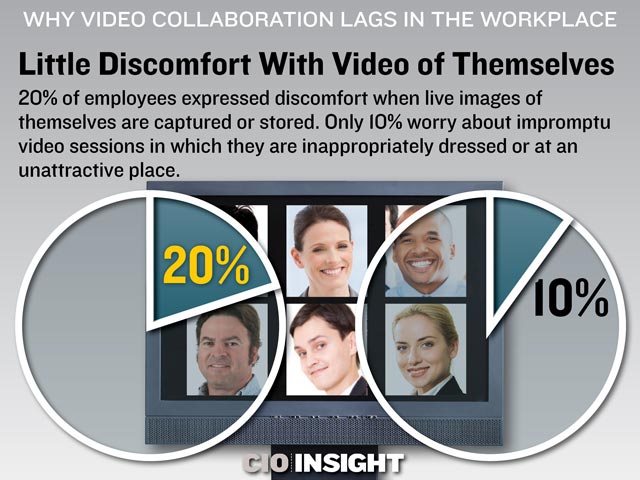 Little Discomfort With Video of Themselves

20% of employees expressed discomfort when live images of themselves are captured or stored. Only 10% worry about impromptu video sessions in which they are inappropriately dressed or at an unattractive place. Asked what they liked most about video at work, 51% appreciate reduced travel, 46% claim faster communication, and 31% point to video’s ability to support relationship building.