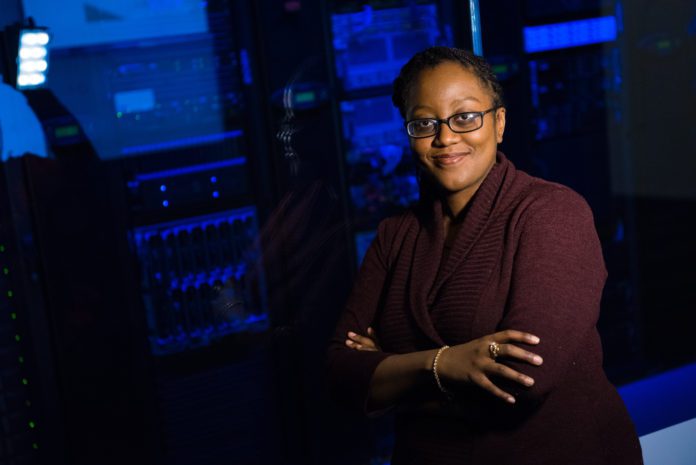 According to the latest survey from Statista, Women CIOs make up 25 percent of the Fortune 500’s top IT leaders, though women themselves make up about 50 percent of the population of the United States. It’s hardly parity. But it is progress, especially when considering that as recently as 1995, women represented only a token six percent of the top IT leadership positions in those same elite companies. 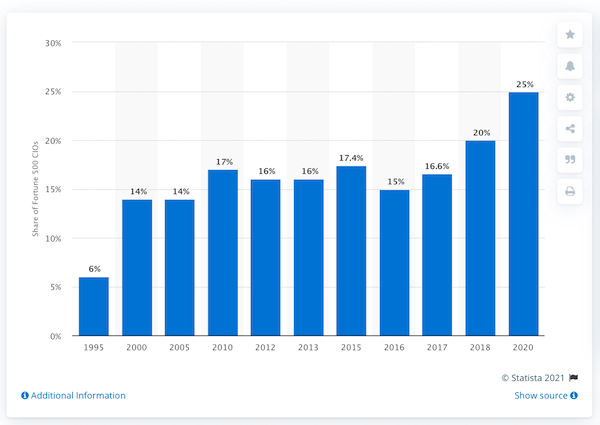 Women are making modest gains in the C-suite

A more recent analysis from consulting firm Korn Ferry took a look at a broader sample of companies in a broader array of industries and found the numbers of women CIOs to be more modest—about 18 percent collectively. However, the numbers of women CIOs seemed to vary widely by industry vertical, with women representing as much as 25 percent in the financial sector, and 21 percent in the energy sector, for instance. And IT leaders can take solace from the fact that there are more women CIOs than CEOs, where women representation is still in the single digits, no matter what the market sector. 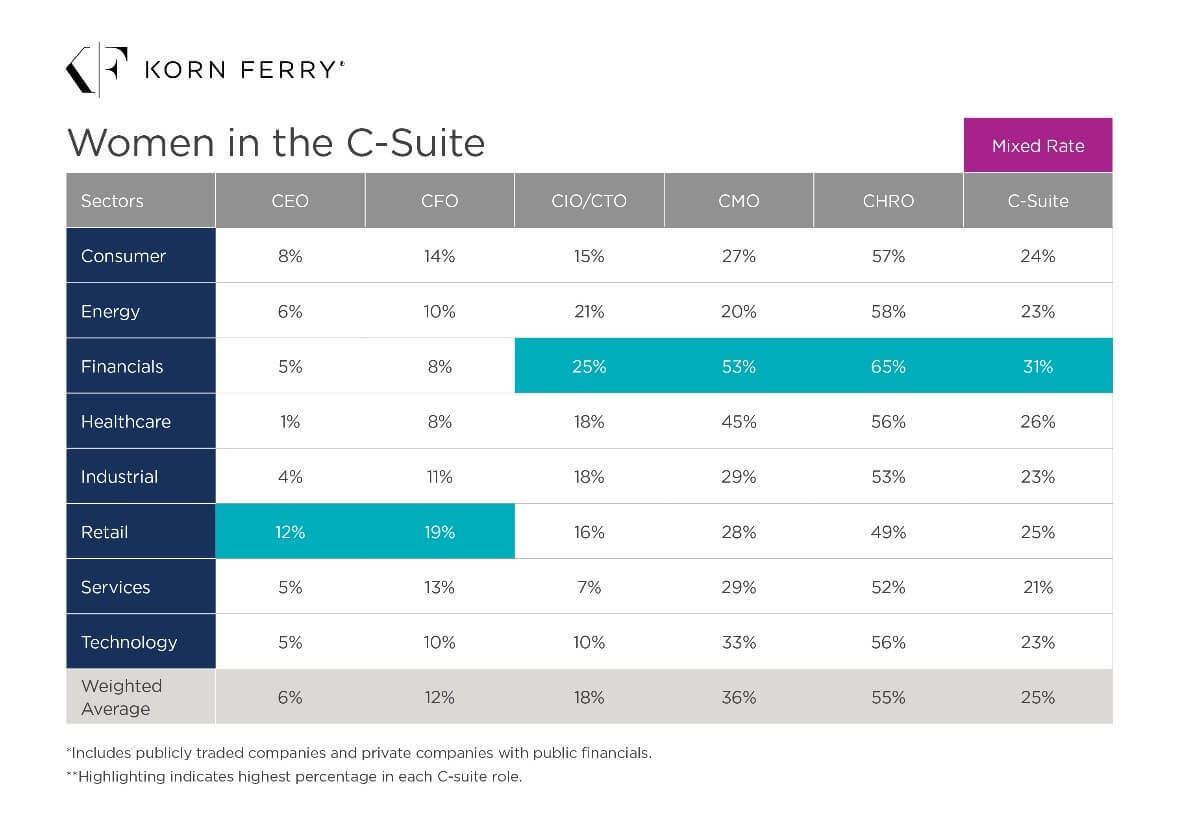 The same study noted that from 2018 to 2019, the percentage of women CIOs rose two percent from 16 to 18 percent. Progress, it seems, has been slow, but certain.

As it turns out, there may be reasons for that beyond just a general drive for social justice and inclusion in the workplace. Companies are starting to discover that women in IT leadership may be more effective than their male counterparts. This analysis from Deloitte, for instance, cites several surveys and academic studies that show female tech leaders have scores in intelligence, innovation, ambition, honesty, and decisiveness that are on par with men’s. What’s more, these surveys show that women actually have a distinct advantage in the areas of empathy, emotional intelligence, team building and project organization.

Those “soft skills” can pay big dividends for companies, creating more inclusive environments that attract a more diverse, empowered workforce. With female leaders who are more persuasive, assertive, and willing to take risks, teams model those behaviors—causing a system-wide improvement in results.

In fact, a recent analysis in the Harvard Business Review found that companies with at least 30 percent of its C-suite positions filled by women (posts which might include CEO, the board and other top leadership) had earned one percent more in net margin versus less diverse companies. What does that mean in dollars and cents? An additional 15 percent increase in profitability, in the average company.

Not only are many organizations starting their own women’s networking groups, but some of the biggest companies are banding together to help lift women up the tech ranks. T200, a new organization, started in 2017 with just 10 members, has now grown to a group of 160 female tech leaders. It’s mission is to improve diversity of women in the tech business, with members including  the CIOs, CDOs and/or CTOs of American Airlines, Alaska Airlines, Align Technology, Citrix, Zoetis and Clark Hill Law, along with Chandrasekaran, Chamarthi and Vaid, among others. This March, the organization announced it’s “LIFT Program,” which aims to help a group of hand-picked mentees navigate their way up the leadership ladder with continued professional development, leadership training and mentorship from other top female leaders.

It’s a program more organizations may be emulating in the future. For more information, check out their website, here.

National Center for Women & Information Technology: More information on the growing role of women in the C-suite and throughout enterprise IT

What Are CIOs Looking for in Current IT Grads?