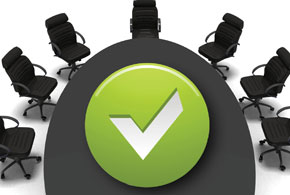 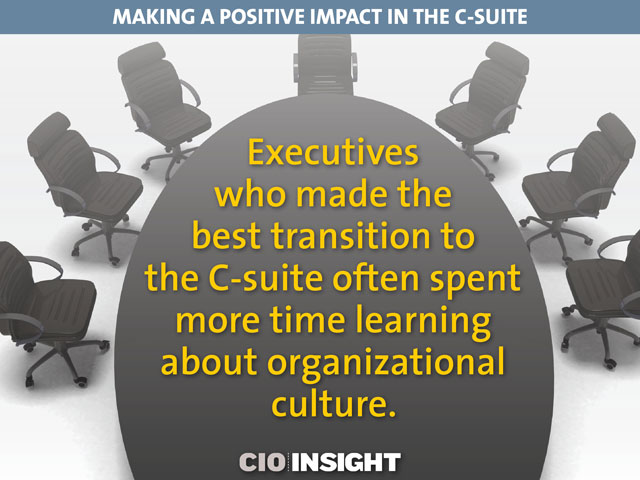 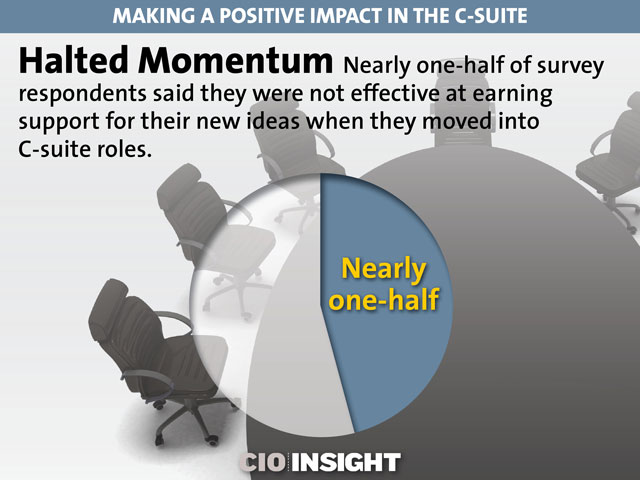 Nearly one-half of survey respondents said they were not effective at earning support for their new ideas when they moved into C-suite roles. 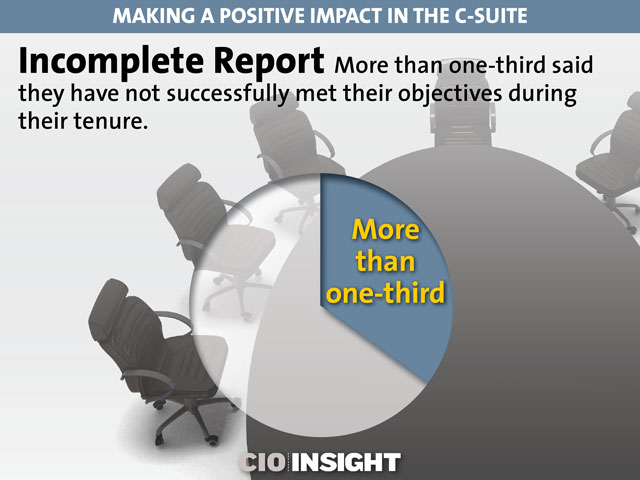 More than one-third said they have not successfully met their objectives during their tenure. 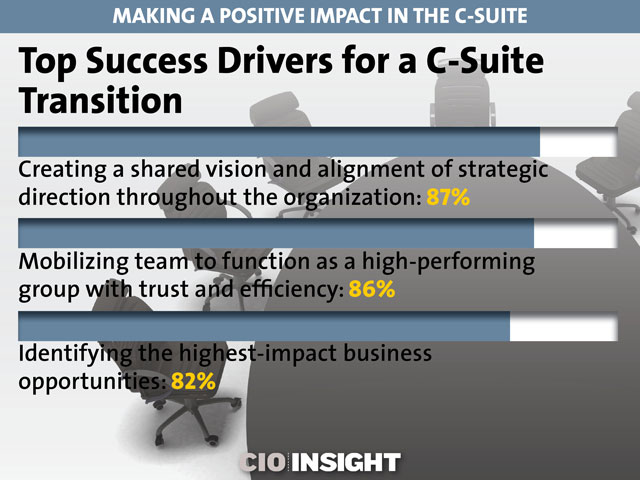 Creating a shared vision and alignment of strategic direction throughout the organization: 87%, Mobilizing team to function as a high-performing group with trust and efficiency: 86%, Identifying the highest-impact business opportunities: 82% 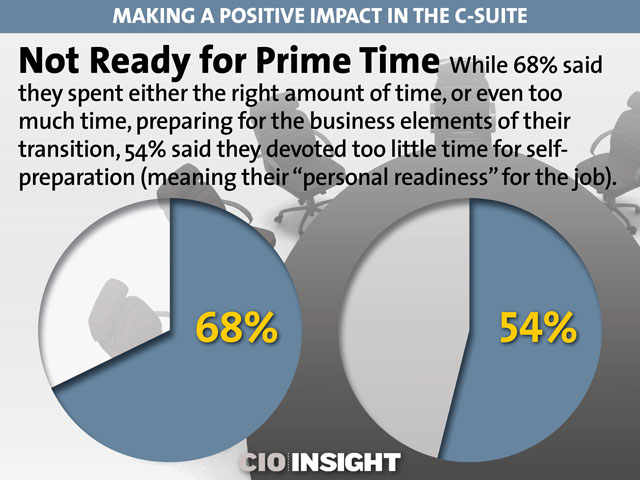 Not Ready for Prime Time

While 68% said they spent either the right amount of time, or even too much time, preparing for the business elements of their transition, 54% said they devoted too little time for self-preparation (meaning their “personal readiness” for the job). 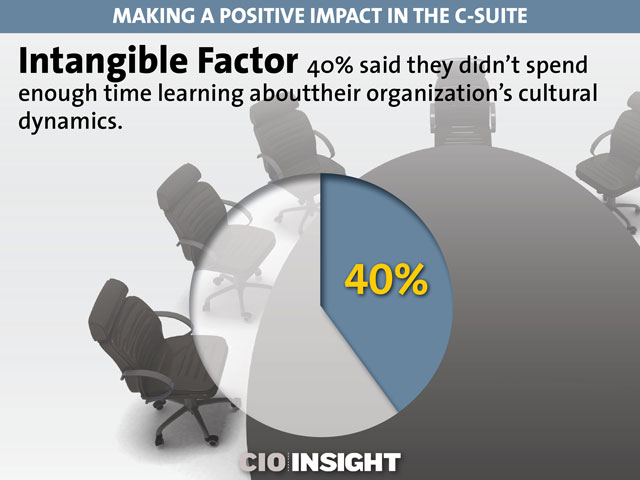 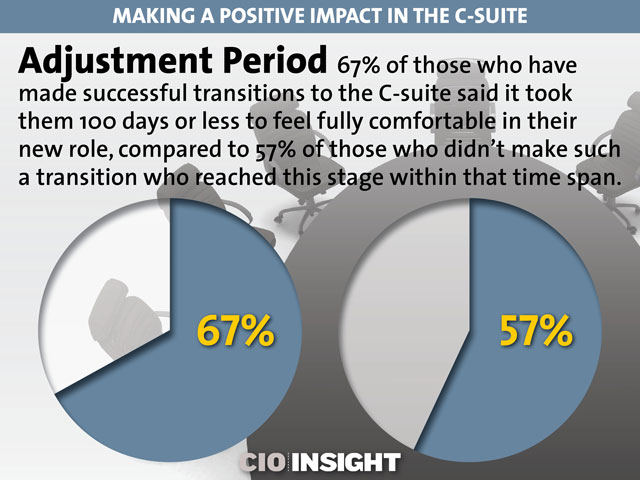 67% of those who have made successful transitions to the C-suite said it took them 100 days or less to feel fully comfortable in their new role, compared to 57% of those who didn’t make such a transition who reached this stage within that time span. 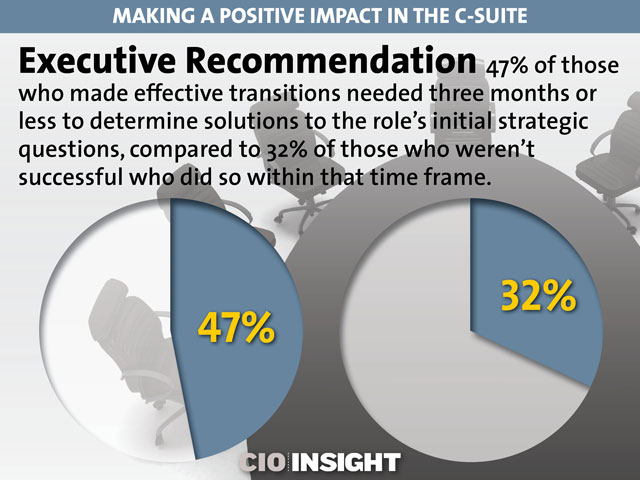 47% of those who made effective transitions needed three months or less to determine solutions to the role’s initial strategic questions, compared to 32% of those who weren’t successful who did so within that time frame. 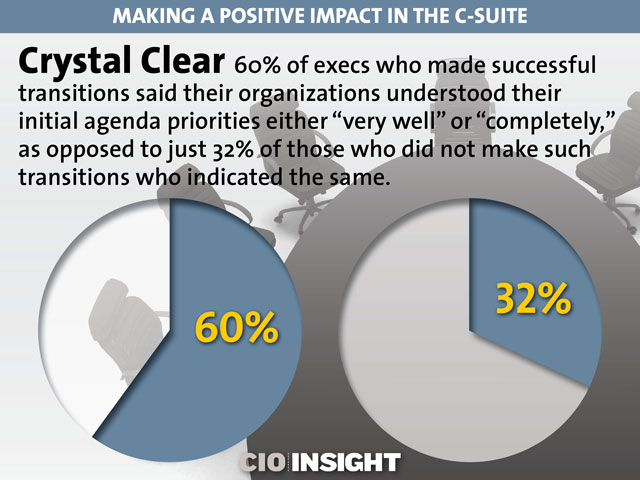 60% of execs who made successful transitions said their organizations understood their initial agenda priorities either “very well” or “completely,” as opposed to just 32% of those who did not make such transitions who indicated the same.

Report: The Effects of Enterprise Technology on Operations