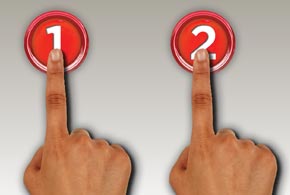 In an effort to combat mobile security concerns, IT decision-makers are turning to two-factor authentication as a service. Despite 98% of organizations having users who require mobile or remote access, 95% of IT departments face obstacles to increased user mobility because of security concerns. 94% of respondents are concerned that their organization will be breached or hacked as a result of theft or compromise. The rise of mobile, which on average is two mobile endpoints per user and managing three sets of credentials per user, is exacerbating security concerns. Impact of Lost or Forgotten Usernames and Passwords

20% of IT support tickets result from lost or forgotten usernames and passwords. To overcome mobile security challenges, 86% of IT departments plan to implement two-factor authentication for access to cloud applications. 38% of users do so now and this is expected to rise to 51% in two years. 92% of respondents have at least one application protected by two factor authentication. The top three apps: cloud applications, web portals and VPNs. 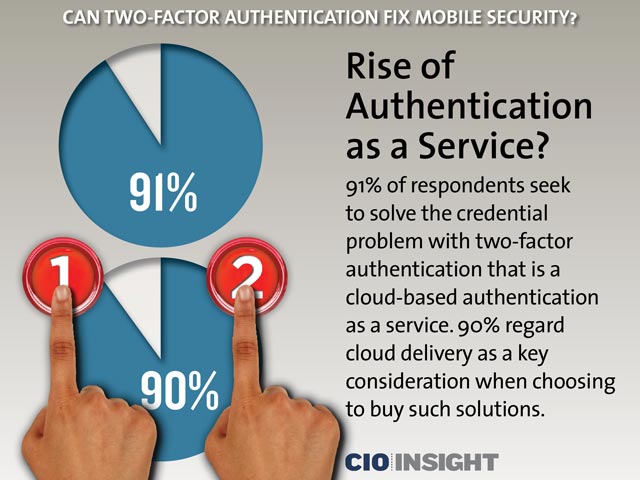 Rise of Authentication as a Service?

91% of respondents seek to solve the credential problem with two-factor authentication that is a cloud-based authentication as a service. 90% regard cloud delivery as a key consideration when choosing to buy such solutions.