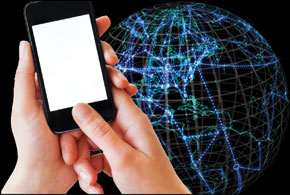 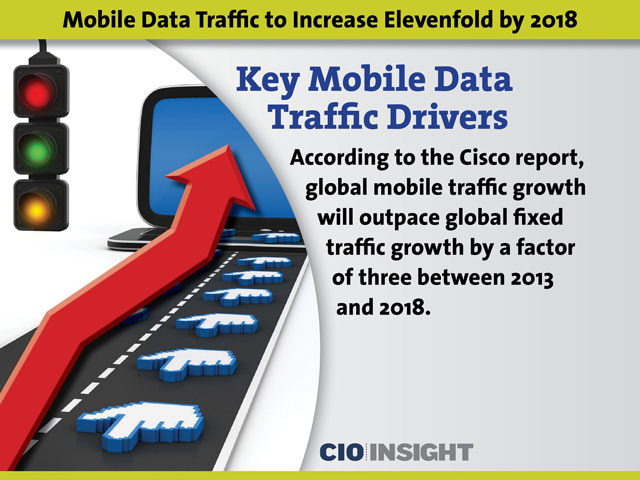 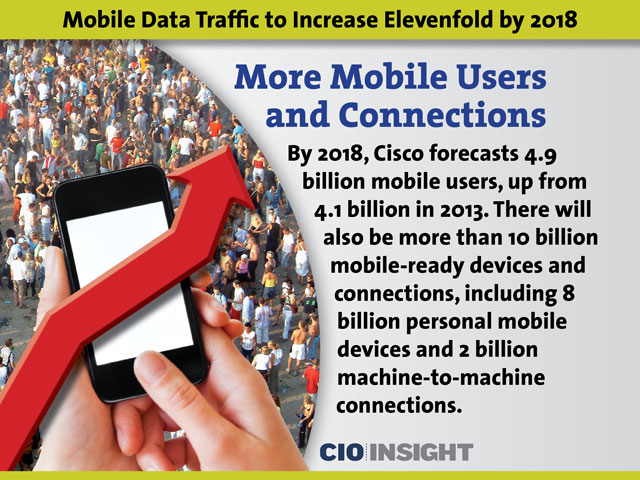 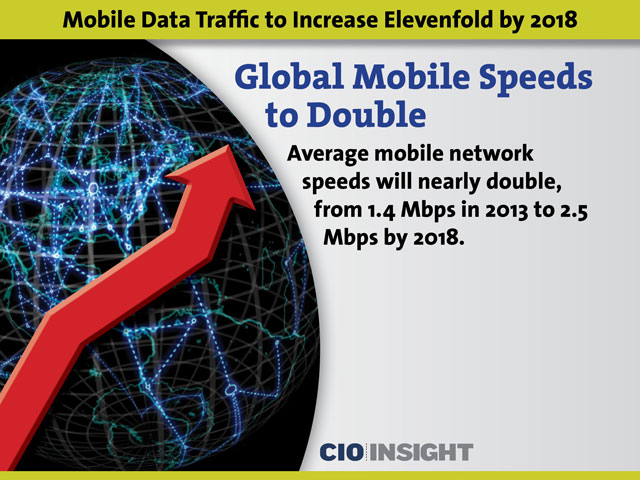 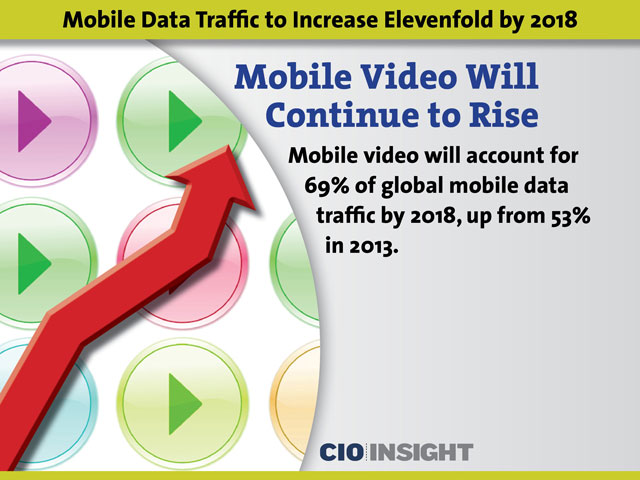 Mobile Video Will Continue to Rise 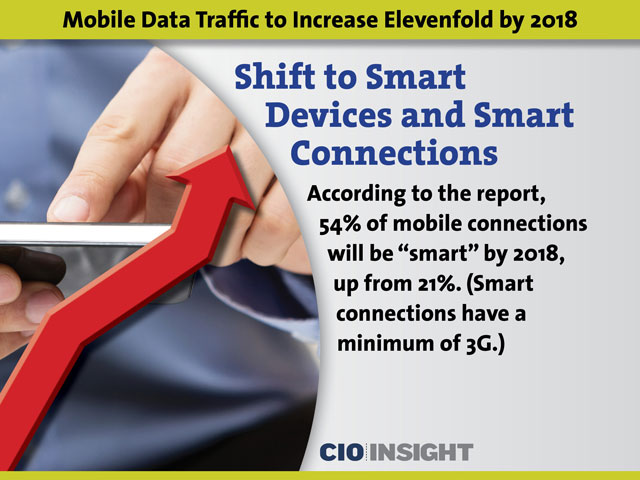 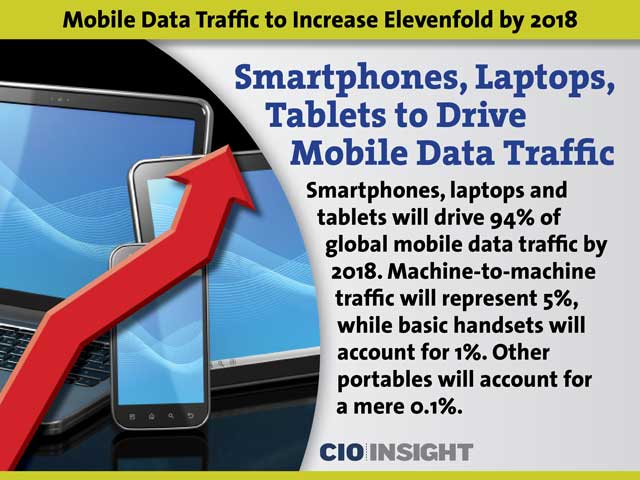 Smartphones, laptops and tablets will drive 94% of global mobile data traffic by 2018. Machine-to-machine traffic will represent 5%, while basic handsets will account for 1%. Other portables will account for a mere 0.1%. 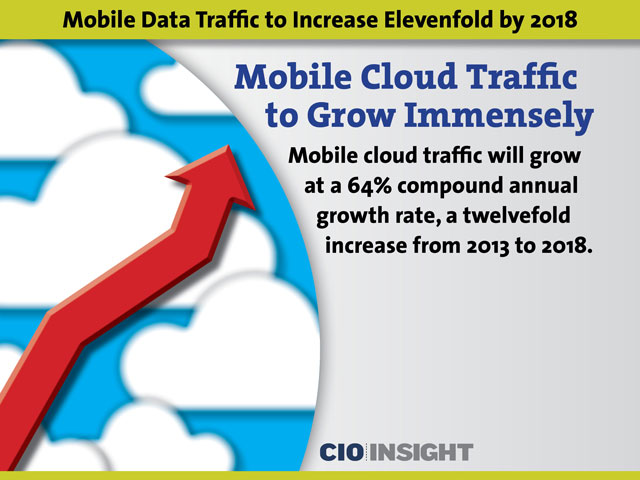 Mobile cloud traffic will grow at a 64% compound annual growth rate, a twelvefold increase from 2013 to 2018. The Impact of Machine-to-Machine

Machine-to-machine applications enable wireless and wired systems to communicate with similar devices so that they support GPS, asset tracking, utility meters, security and surveillance video. In 2013, 5% of machine-to-machine apps generated over 1% of total mobile data traffic. 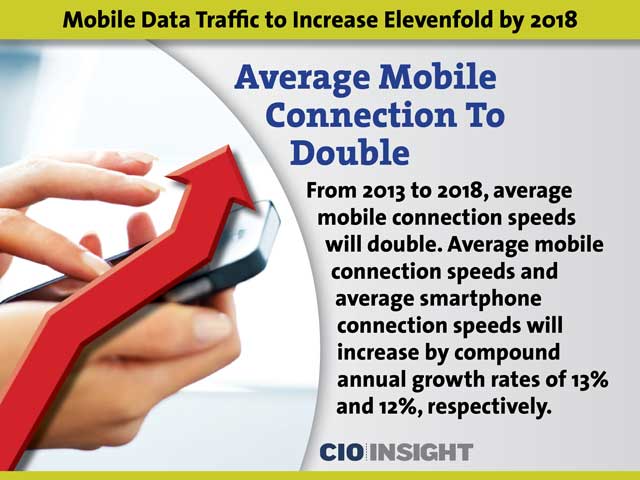 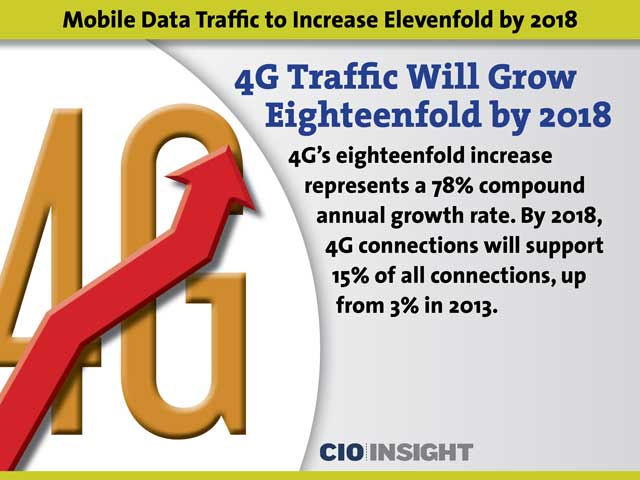 4G Traffic Will Grow Eighteenfold by 2018 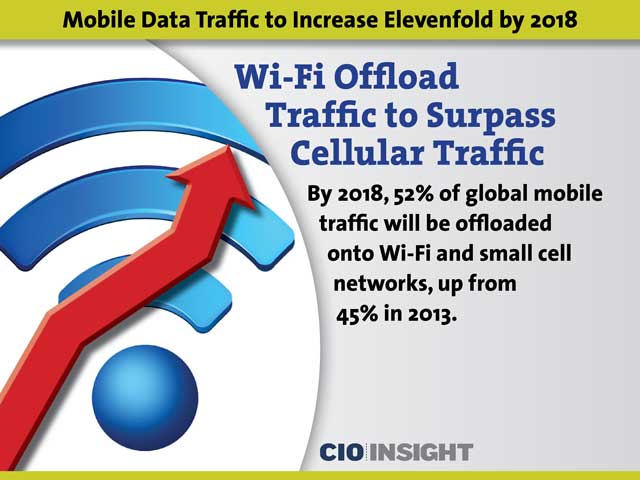 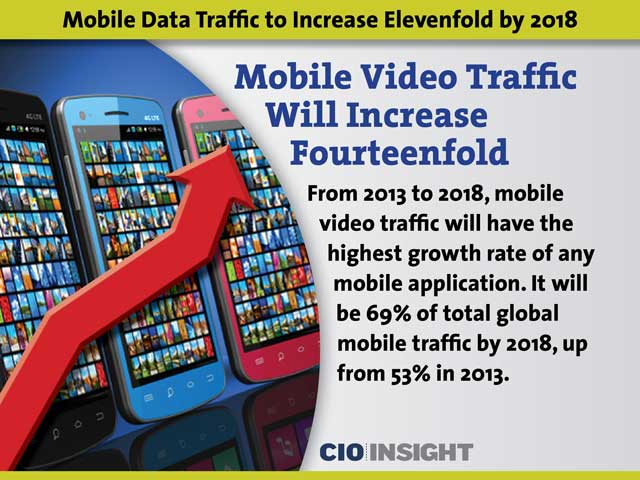