A new report forecasts a speedy rise in Android malware this year, outpacing the smartphones’ growth in users. 50.3% of Android malware is created to steal money. It includes banking trojans, ransomare and SMS trojans. Mobile devices will become the focus of attacks with the propagation of the Internet of things; for example, fitness apps and trackers will be targeted and data stolen if it is not properly encrypted. Adware often hides in fake or manipulated ads that are installed from sources other than the Place store. But at what point are apps categorized as adware? 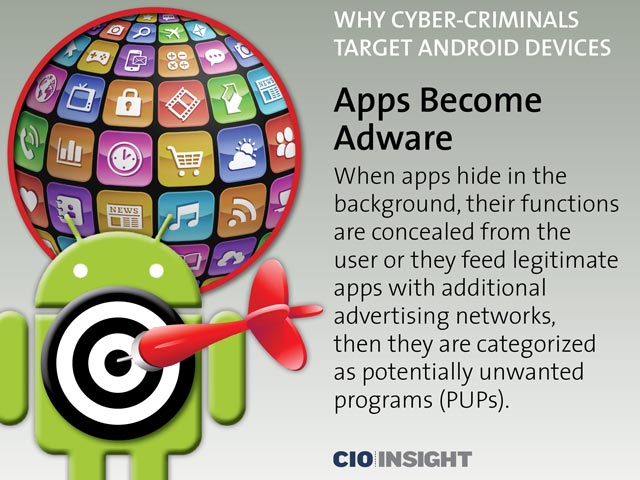 When apps hide in the background, their functions are concealed from the user or they feed legitimate apps with additional advertising networks, then they are categorized as potentially unwanted programs (PUPs). Although copies of paid-for original apps are available for less or even for free at alternative app stores, they may be packed with unwanted, dangerous add-ons.