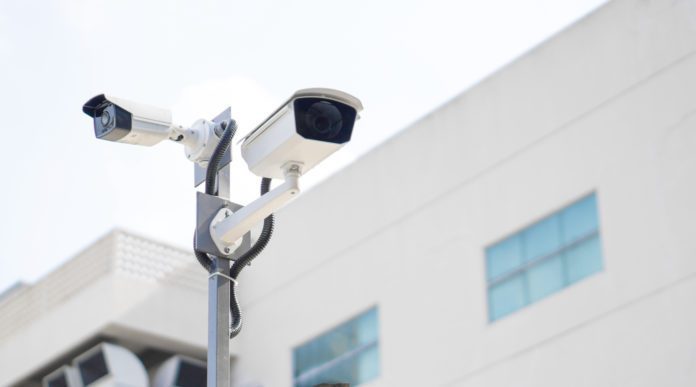 Video surveillance used to be a simple thing. Analog cameras were placed around a facility that recorded onto VHS tape cartridges. The cartridges were stored for up to a month before being recorded over with new content. Anyone wanting to find evidence of a recent incident or security breach had to scroll through the tape linearly—far from the most efficient system.

A big change happened around 2008 when the world of video surveillance went digital. IP cameras, as they are termed in the industry, would record lots of data. But where to store it? VHS was clearly not going to work anymore.

The industry wholeheartedly abandoned VHS tape and moved to hard disk drive (HDD) storage. That worked well for a while, but the sheer volume of video data and the demands for longer periods of retention posed serious problems.

“The storage of video surveillance data is not keeping up with demand,” said Jay Jason Bartlett, CEO of Cozaint.

Bartlett added that overwhelming video data storage demands are about to get much worse. By 2027, the market will be worth $21.71 billion—and that’s just for storage alone.

Yet existing modes of storage aren’t doing the job. Part of the problem, Bartlett said, is that when the industry moved from VHS to HDD more than a decade ago, it categorized any and all forms of tape as “old” and “outdated.”

That was certainly the case with analog VHS, but it does not apply to other tape formats that store data digitally, such as LTO tape. Thus, various attempts to introduce LTO digital data tape as a second tier for large-capacity video storage have hit a wall.

“LTO tape is the perfect solution for video surveillance due to the vast amounts of data recorded and the fact that the data is not frequently accessed,” said Bartlett.

But it is far from an easy sell.

Many within the industry hoped the move from VHS to HDD would open the floodgates for longer retention. Why not have 60 days, 90 days, or even a year’s worth of data on an HDD? The simple answer is cost. Storing that much digital data on disk becomes cost prohibitive quickly.

Instead of tackling the problem head-on, the industry compromised. To save on disk storage space, IP cameras were configured to record at a much lower number of frames per second. The higher definition video from the cameras was degraded considerably.

This is why footage from surveillance cameras is often so hard to make out. Part of the action is missing just to save on storage space and boost the retention period. This has caused more than a few difficulties for prosecutors as the video “evidence” may only show a person at the bank teller and then they are gone. The critical moments showing the money being handed over were not even recorded.

Another challenge posed by LTO tape implementations was the difficulty in restoring video data. It was difficult to retrieve vital footage if there were multiple cameras and more than a month’s worth of retention data for each one. To make matters worse, restoration efforts were often bogged down by limited disk space availability if the organization maxed out its disk space to achieve the highest possible retention.

Bartlett’s solution is to introduce LTO tape into the storage equation as a seamless part of a two-tier video storage system. Bartlett suggests storing one to two weeks’ worth of data on HDD for immediate playback and offloading the rest of the video data to LTO tape in order to lengthen retention periods substantially.

“TCO is 58 percent lower when you use a two-tier system,” said Bartlett. Even then, work remains to make this a viable solution.

Current video management software (VMS) developers and vendors are accustomed to using HDD. Therefore, most VMS systems only provide code that works with HDD. This is inadvertently maintaining the status quo.

Bartlett has been campaigning VMS vendors to write code that utilizes LTO tape as well as HDD. But until enough vendors are involved and enough demand is there, the VMS providers lack the incentive to change anything.

“Operators should be able to quickly find what they need without having to involve IT,” said Bartlett. “VMS systems, such as our askALICE solution, should integrate both hard disk and LTO tape into a viable, affordable, long-term video retention solution.”

Bartlett agrees that there need to be many more VMS software vendors involved with LTO tape to realize the goals of long-term retention of video surveillance.

Read next: Moving Beyond Cybersecurity to Cyber Resilience