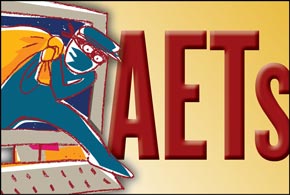 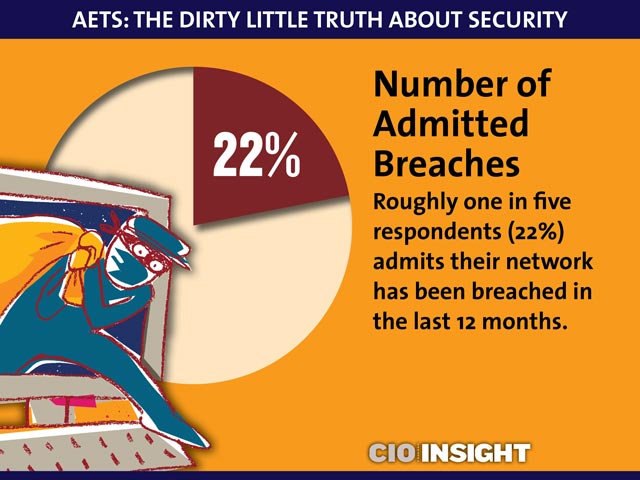 Roughly one in five respondents (22%) admits their network has been breached in the last 12 months. 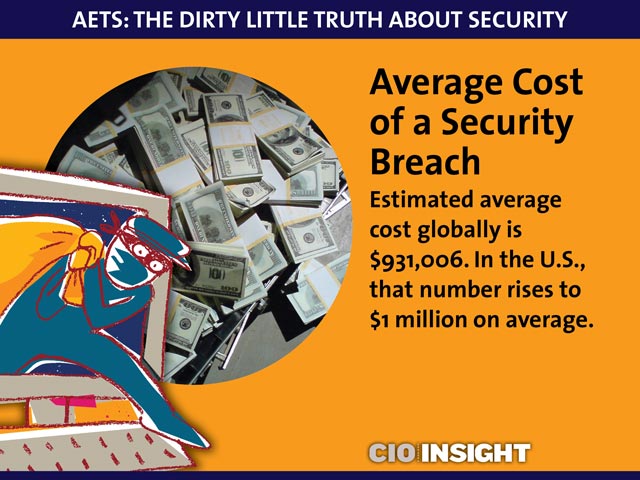 Average Cost of a Security Breach 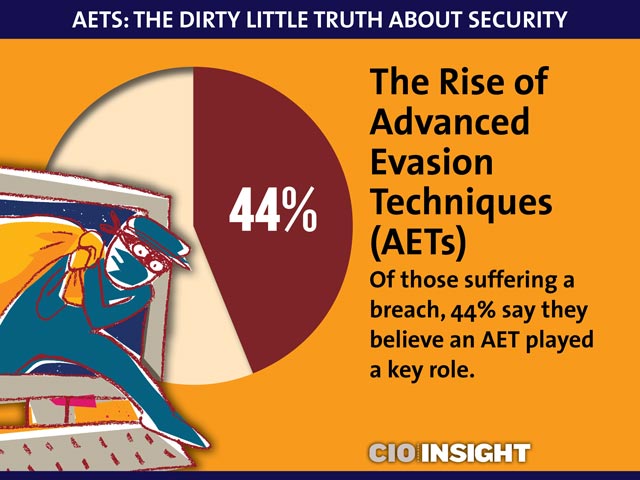 Of those suffering a breach, 44% say they believe an AET played a key role. 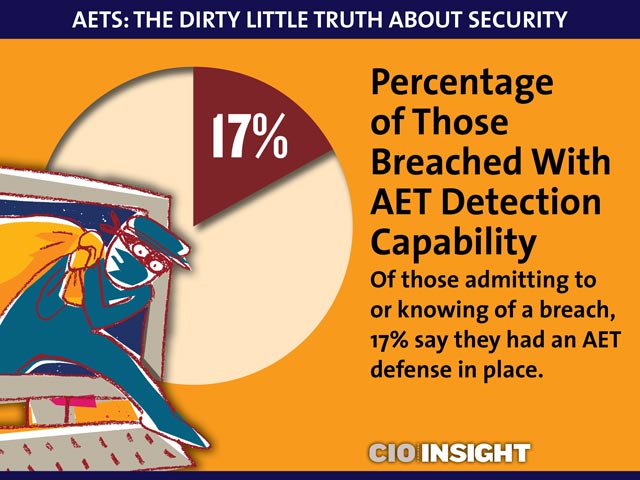 Percentage of Those Breached With AET Detection Capability

Of those admitting to or knowing of a breach, 17% say they had an AET defense in place. Percentage That Think They Have an AET Defense in Place 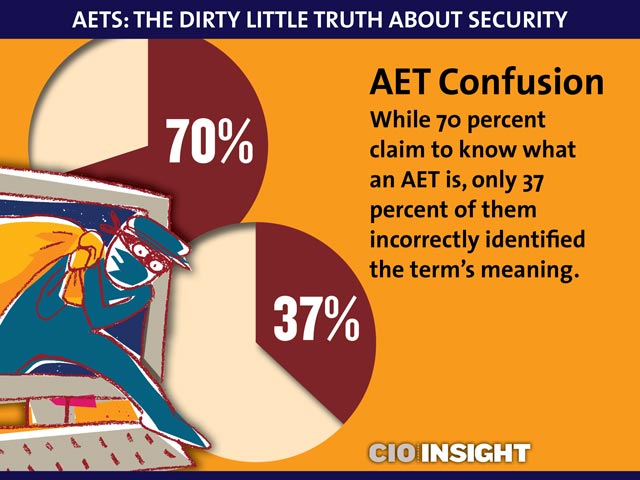 While 70 percent claim to know what an AET is, only 37 percent of them incorrectly identified the term’s meaning. 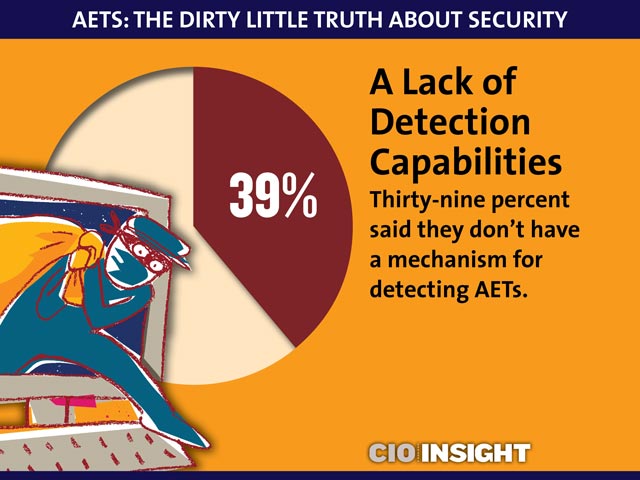 A Lack of Detection Capabilities

Thirty-nine percent said they don’t have a mechanism for detecting AETs. Two-thirds of the respondents (63%) report that convincing their board that AETs are a serious threat is a major challenge.