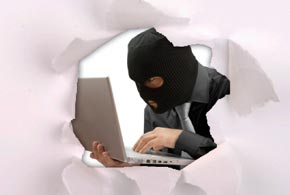 Insider threats are increasing, privileged IT users and admins are the riskiest users, and monetizing sensitive data is the top reason for insider attacks. The Rise of Insider Attacks

56% of the information security professionals surveyed think insider attacks have become more frequent in the past 12 months, but 49% don’t know if their organization experienced such an attack during that time. Users Who Represent the Biggest Risks The Most Vulnerable Assets Customer Data Is Most Vulnerable

Customer data is most vulnerable to insider attacks at 63%. Financial data and intellectual property follow at 55% and 54%, respectively. Endpoints (57%) beat out mobile devices (36%), networks (35%) and cloud infrastructure (20%) as the most common assets used to launch insider attacks. 66% of respondents said it is more difficult to detect and prevent insider attacks than external attacks, and 67% said that’s because insiders already have access to the network and services. Asked whether their organization leverages analytics to determine insider threats, 56% said they do, 30% said they don’t and 14% are unsure. Lack of training and expertise: 60%,
Lack of budget: 50%,
Lack of collaboration between departments: 48%