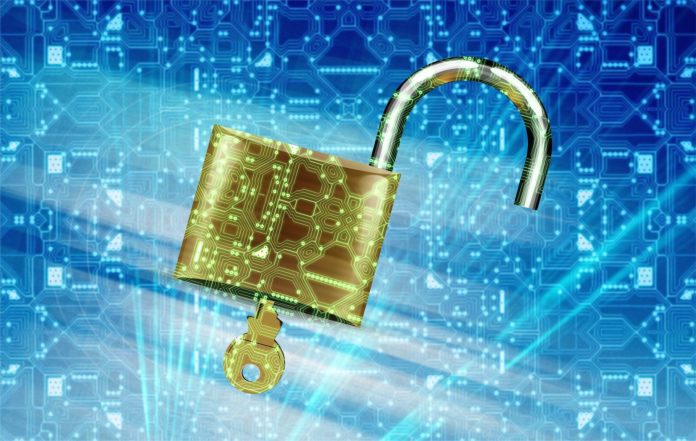 According to the 2020 Cost of a Data Breach Report by Ponemon Institute and IBM Security, data breaches are costing enterprises $3.86 million on average, and they’re taking an average of 280 days to discover the problem. Clearly, hackers can and already do easily identify and access both corporate and personal information when files are transmitted from device to device unless certain cybersecurity measures are put into place. End-to-end encryption (E2EE) is the easiest solution for protecting this data so it doesn’t get into the wrong hands.

End-to-end encryption is the practice of encrypting data and information as it passes from device to device. The sending and receiving devices can see the original contents, but no other interceptors have the correct keys to decrypt the message. This approach to cybersecurity offers many benefits to companies and users that implement the protection, but there are still some drawbacks in areas like consumer-provider relationships. Read on to learn more about how end-to-end encryption works, as well as some of the pros and cons of this type of security.

“The total number of records compromised in 2020 exceeded 37 billion, a 141% increase compared to 2019 and by far the most records exposed in a single year since we have been reporting on data breach activity.” –Risk Based Security 2020 Year End Report

Read Next: 2021’s Most Successful Phishing Ploys (So Far)

What is End-to-End Encryption?

But how does end-to-end encryption keep data encrypted while it travels? Two cryptographic keys, a public key and a private key, are generated on the sender’s device. The public key is public, in the sense that a public key can be generated by anyone.

However, the paired private key can only be generated by that particular sender and can only be used to decrypt data for the designated recipient device. Hackers can theoretically intercept the message in transit and service providers can access the encrypted message in order to store it, but it will remain completely illegible until it is received and decrypted by the recipient device. This practice ensures that the data can only be viewed in its true form on the sending and receiving devices, and nowhere in between.When end-to-end encryption is applied to data in transit, the data is first encrypted, or jumbled, on the sending device. The message cannot be decrypted by hackers, service providers, or anyone else until it is received by the end device.

The Pros of End-to-End Encryption

With end-to-end encryption, private communications and other details, like timestamps and significant locations, are not easily read if intercepted by hackers or service providers like Google or Apple. When E2EE is enabled, you can rest assured that personal privacy prevails and consumer data is protected from outside viewers.

In other security setups, outside users can potentially gain access to a piece of data and manipulate its contents before it reaches the recipient (or worse, they can stop its delivery entirely). End-to-end encryption means that these malicious actors do not have the necessary key to access data in transit, so the integrity of data is maintained.

Other types of encryption focus on encrypting data at the server level, but if a malicious actor or other outsider gains access to that server, they can decrypt any information in that server fairly easily. Overcoming end-to-end encryption requires hackers to perform device-level hacks to get the information that they want, which is considerably more difficult and time-consuming to do, leading most hackers to avoid those types of attacks altogether.

Let’s take a look at the biggest data breach in history: Yahoo’s 2013 breach that compromised approximately 3 billion user accounts (all of their customers’ accounts at that time). Yahoo claims that no clear-text passwords or financial information were compromised in the attack, but experts believe that Yahoo’s “outdated, easy-to-crack” encryption still exposed those records—billions of records—to malicious actors.

Needless to say, this attack damaged Yahoo’s reputation with customers, but it also damaged their negotiation powers with other major businesses. In 2017, Yahoo was in acquisition negotiations with Verizon, and after this news came to light, they were forced to lower the price of their assets by at least $350 million.

The Cons of End-to-End Encryption

Although end-to-end encryption offers many high-value benefits to enterprises and users, the security practice still suffers from several shortcomings and has led to some public safety concerns:

End-to-end encryption jumbles all of your data’s contents in transit, but it does not hide the fact that data is being transferred. The ledger of communication remains, so people can still find records of transactions and possibly deduce the contents, based on sending and receiving parties.

One of the most important and highly controversial issues with end-to-end encryption is that it’s almost too successful at protecting data from third parties. This is a great feature as far as protecting private information against hackers, but what about for law enforcement and intelligence officers who need to conduct a serious investigation?

With this level of encryption, they cannot access evidence that has been encrypted, and neither can service providers if they are asked to cooperate in the investigation. Only participating devices can provide the information they need. In serious cases related to allegations like terrorism, murder, and physical abuse, this data protection becomes a major hindrance to public safety and national security.

Many national governments and international committees have fought against end-to-end protections in personal devices and applications for this reason. One of the most recent end-to-end encryption ban coalitions includes India, Japan, New Zealand, Australia, the UK, and the United States. In their International Statement on End-to-End Encryption and Public Safety on October 11, 2020, they called for a ban on end-to-end encryption in apps like WhatsApp and pushed for technology companies to allow greater data access to international law enforcement forces.

Apps & Software that Use End-to-End Encryption

Several major companies have added end-to-end features to their offerings over the years, and while some have experienced great success, others have become embroiled in controversy.

Data breaches are costing enterprises around $3.86 million per year, and that number only seems to grow, particularly in key areas of infrastructure. Although there’s some controversy and concerns surrounding how end-to-end encryption works, it’s clear that the solution is a valuable security investment for the enterprises that select it and the consumers who benefit from it.

Shelby Hiter
Shelby Hiter is a marketing content writer with more than five years of experience in writing and editing, focusing on healthcare, technology, data, enterprise IT, and technology marketing. She currently writes for three different digital publications in the technology industry: Datamation, Enterprise Networking Planet, and CIO Insight. When she’s not writing, Shelby loves finding group trivia events with friends, cross stitching decorations for her home, reading too many novels, and turning her puppy into a social media influencer.