A majority of respondents agree that their security tools are incapable of completely detecting Web-borne malware, that Web browsers are primary attack sites and that these attacks are more serious than other types of malware infections. Respondents “strongly agree” and “agree” with the following statements: Even with security tools, Web-borne malware can be completely undetectable: 81%, The insecure Web browser is a primary attack vector: 81%, Traditional detection-based technologies are becoming ineffective in stopping these attacks: 74% 77% of respondents said it is “certain” or “very likely” that their organizations have been infected by undetected Web-borne malware. 51% of respondents said they do not have adequate resources to effectively detect and contain malware. 49% said defending against Web-borne malware is not a security priority. As a result, 52% rate their ability to detect and contain such malware as “very weak” or “weak.” Sandboxes Help, but Not Enough 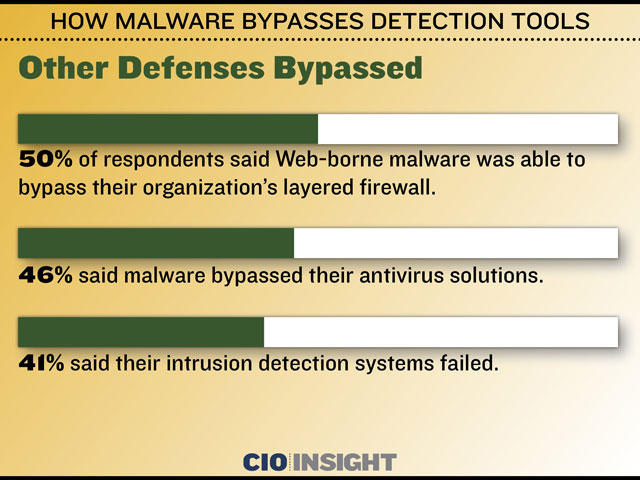 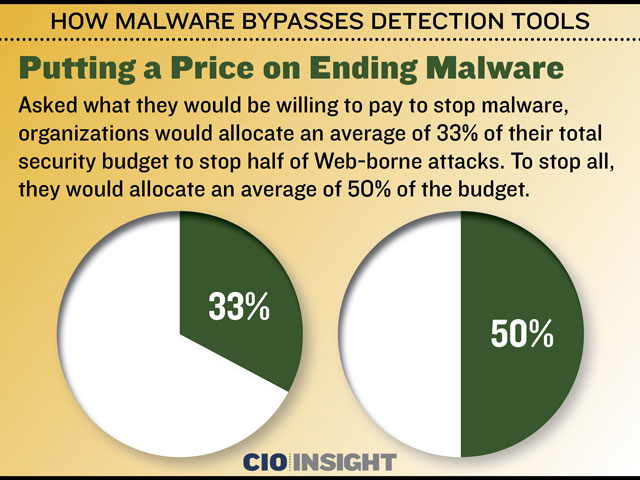 Putting a Price on Ending Malware The average cost to detect and contain one security breach because of the failure of malware detection is about $62,000. This means organizations could have spent $3.2 million to deal with the security breach due to Web-borne malware. Traditional Detection Is a Deterrent