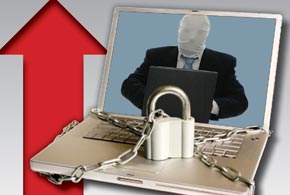 While security professionals succeeded in crippling malware last year, ransomware surged by a factor of 167, to reach a shocking 638 million attacks in 2016. 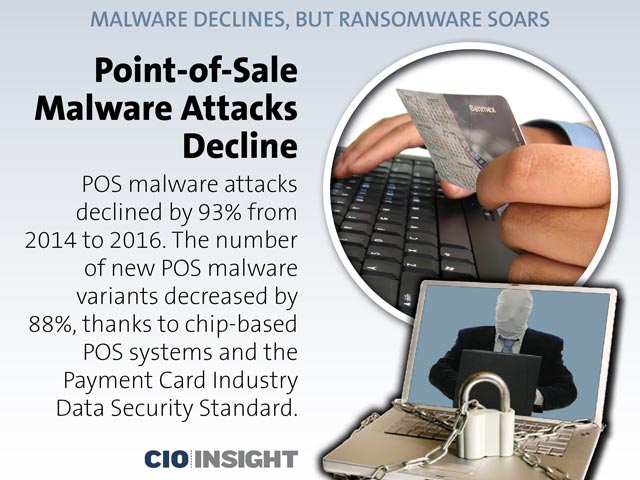 POS malware attacks declined by 93% from 2014 to 2016. The number of new POS malware variants decreased by 88%, thanks to chip-based POS systems and the Payment Card Industry Data Security Standard. 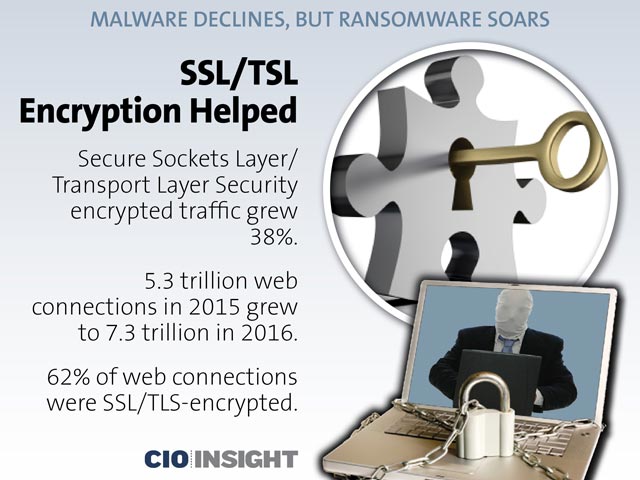 In early 2016, the malware market was dominated by Angular, Nuclear and Neutrino, but they later disappeared. The remaining exploit kits fragmented into smaller versions to fill the void. By Q3 2016, there were three versions of Rig. 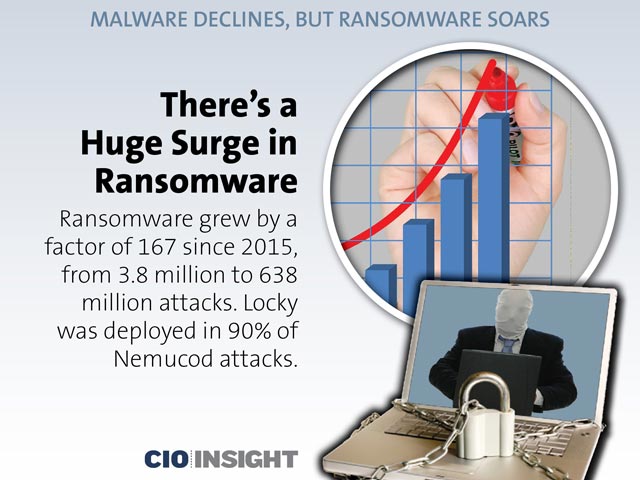 There’s a Huge Surge in Ransomware Ransomware spared no industries. Mechanical and industrial engineering received 15% of average ransomware hits, pharmaceuticals and financial services got 13%, and real estate got 12%. Cyber-criminals launched the largest DDoS attacks in history using the Mirai botnet. Most of the attacks took place in the United States (70%), Brazil (14%) and India (10%). Google patched vulnerabilities, but attackers used new techniques to beat them by coaxing Android users into providing permissions that allowed overlays to be used.