North American businesses suffer the most data breaches, which are mainly due to employee carelessness. Smartphones are the main security concern of most firms. Data protection is the major concern for 80% of the businesses in the study. 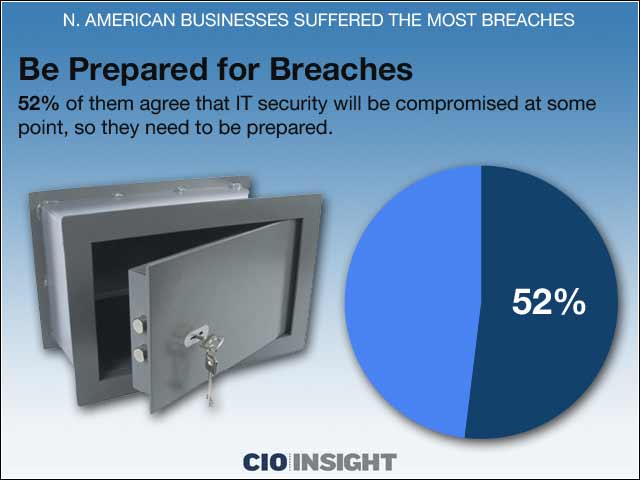 Be Prepared for Breaches

52% of them agree that IT security will be compromised at some point, so they need to be prepared. 54% of businesses are challenged about how to address inappropriate use or sharing of data on mobile devices. This is the most vulnerable area of expertise organizations face. 32% of North American businesses have seen a significant increase in smartphones, which pose the top IT security challenge. 52% of these businesses think they are least protected against mobile security threats, such as inappropriate usage or sharing of data via mobile devices. Worldwide, 37% of the companies studied have experienced at least one phishing attack, 17% have had a DDoS attack, and 20% have suffered a ransomware incident. North American organizations are significantly less protected against attacks than businesses worldwide. 44% suffered four or more data breaches during the past 12 months, compared to 20% of worldwide companies. 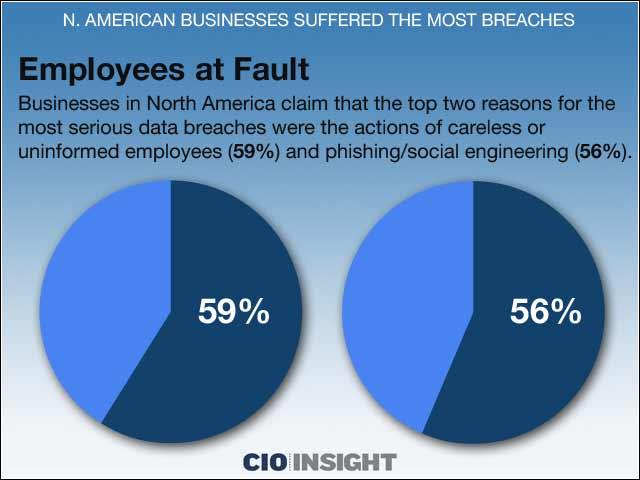 Businesses in North America claim that the top two reasons for the most serious data breaches were the actions of careless or uninformed employees (59%) and phishing/social engineering (56%). Ensure that employees are educated on company policies and procedures and practice them at work. To combat targeted attacks, exploitation of mobile devices and ransomware, new approaches are needed. The report states that this requires a “new way of thinking that aligns perception with reality so that protection addresses concerns and vulnerability simultaneously.”