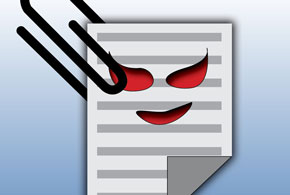 A new report finds that attachment-based cyber-warfare campaigns have returned in full force, in part because they are efficient and cost-effective. What Caused the Return of Malicious Macros? More Reasons for the Growth of Malicious Macros

Malicious macros also appeal to hackers now because they: Are cross-platform and unpatchable. They are not limited by vulnerabilities in specific OSs or application versions; Rely on end-user interaction to bypass automated defenses; Have low upfront and maintenance costs, which increase the ROI 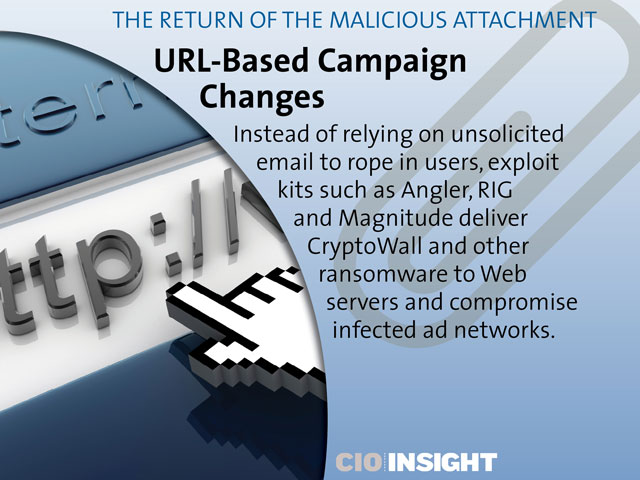 Instead of relying on unsolicited email to rope in users, exploit kits such as Angler, RIG and Magnitude deliver CryptoWall and other ransomware to Web servers and compromise infected ad networks. 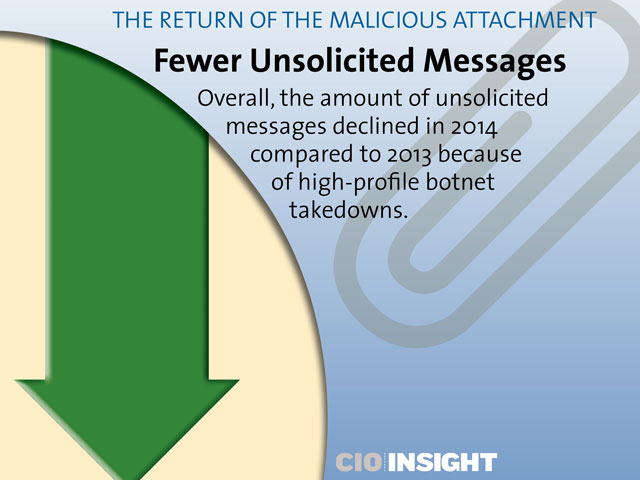 Overall, the amount of unsolicited messages declined in 2014 compared to 2013 because of high-profile botnet takedowns. 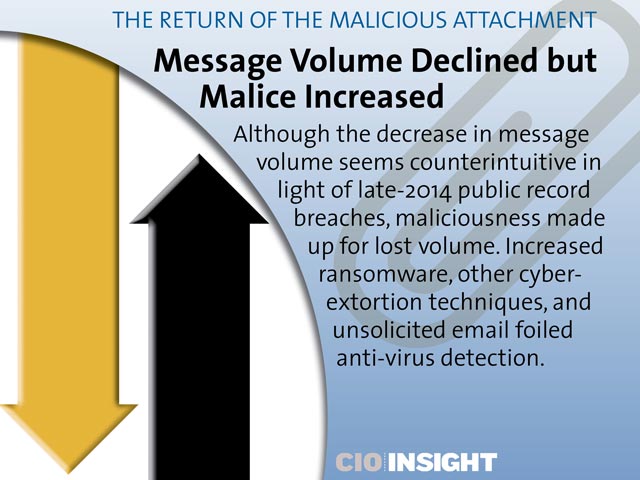 Although the decrease in message volume seems counterintuitive in light of late-2014 public record breaches, maliciousness made up for lost volume. Increased ransomware, other cyber-extortion techniques, and unsolicited email foiled anti-virus detection. Median daily volume of unsolicited messages dropped 30% from January to June of this year. The proportion of malicious URLs in these messages remained consistent, ranging from 10 to 20%, however.