As organizations struggle to enact a strategy that helps detect and prevent security threats, too many false positives burn up time and energy in IT departments. 34% of surveyed security pros said CEOs and other C-level executives are in the dark about cyber-attacks against their companies. But 63% admit their companies have been victimized by one or more advanced attacks during the past 12 months. 39% of respondents do not believe their company has the necessary intelligence to convince the C-suite about the threats the company faces. Some Slow to Detect Attacks

21% of respondents say they took between 1-2 years to detect an attack. 21% took from 1-6 months to contain the breach. Others Discover Attacks Within Hours

30% of companies discovered an attack between 1-8 hours after it occurred. 28% contained a breach in 1-8 hours. On average, 29% of all malware alerts are investigated and on average 40% are false positives. Only 18% of respondents say their malware detection tool tells them the risk level for each incident.

The average cyber-security budget is $16 million, 34% of which will be allocated to incident response efforts. 50% of respondents say their budget will remain the same, 37% are expected to increase, and 13% expect it to decrease this year. 67% of companies “lack visibility of threat activity” across their network. 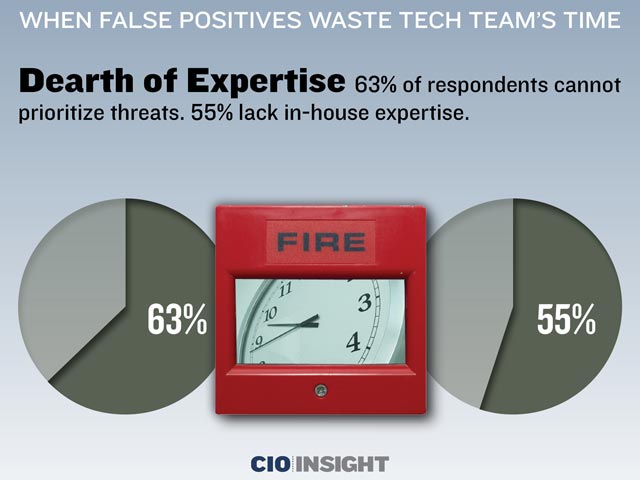 51% of respondents re-image endpoints based on malware detected in the network. 33% of these are done without knowing whether there really was an infection. Re-imaging is the time-consuming process of wiping out a device’s information and reinstalling everything.