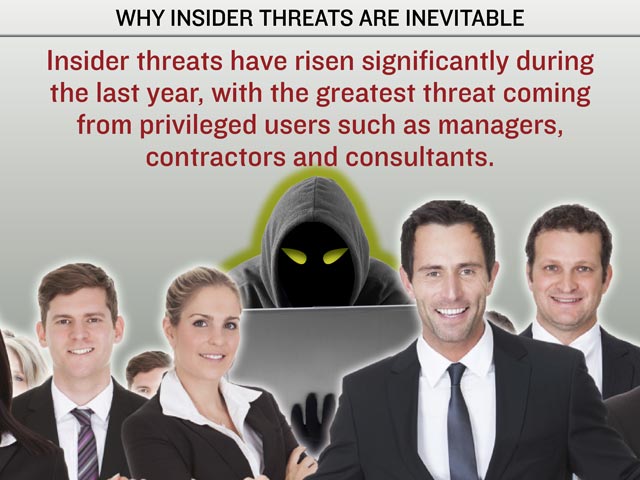 Insider threats have risen significantly during the last year, with the greatest threat coming from privileged users such as managers, contractors and consultants. 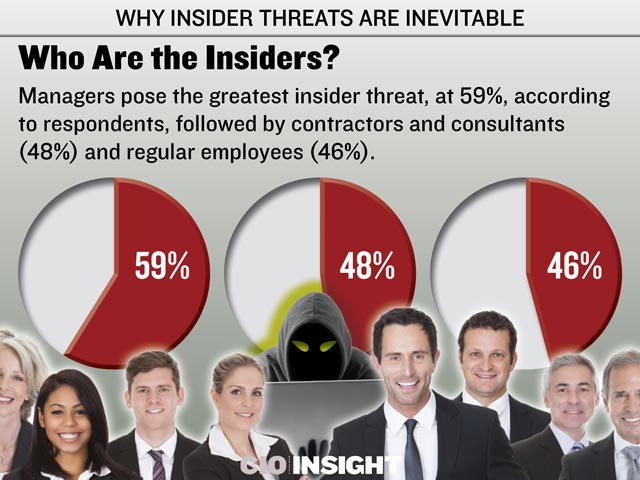 Who Are the Insiders?

Managers pose the greatest insider threat, at 59%, according to respondents, followed by contractors and consultants (48%) and regular employees (46%). 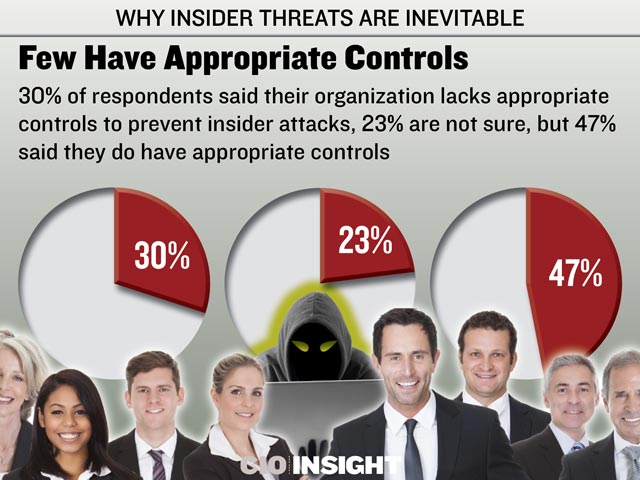 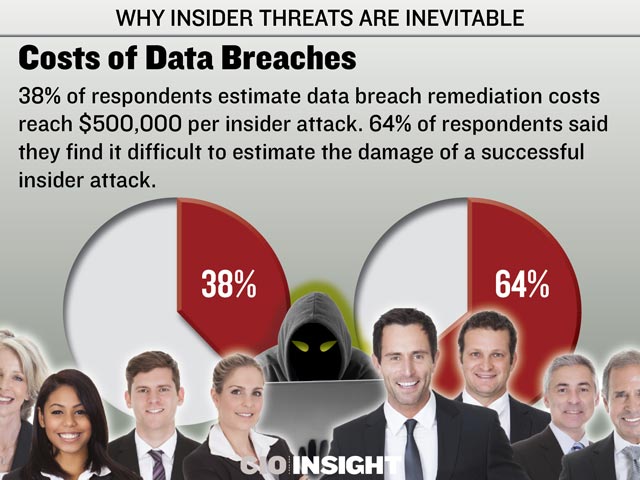 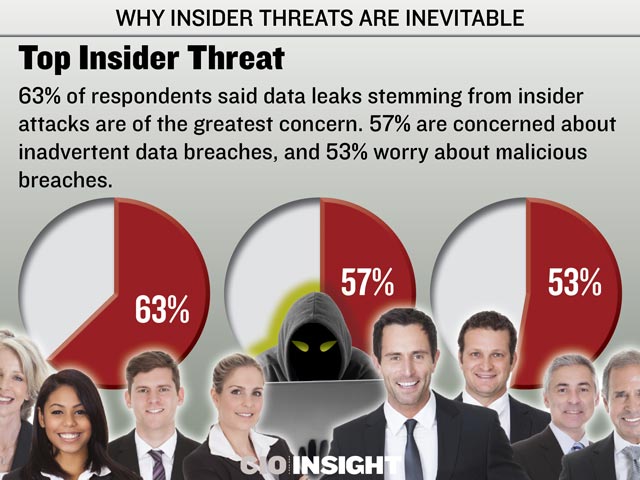 63% of respondents said data leaks stemming from insider attacks are of the greatest concern. 57% are concerned about inadvertent data breaches, and 53% worry about malicious breaches. 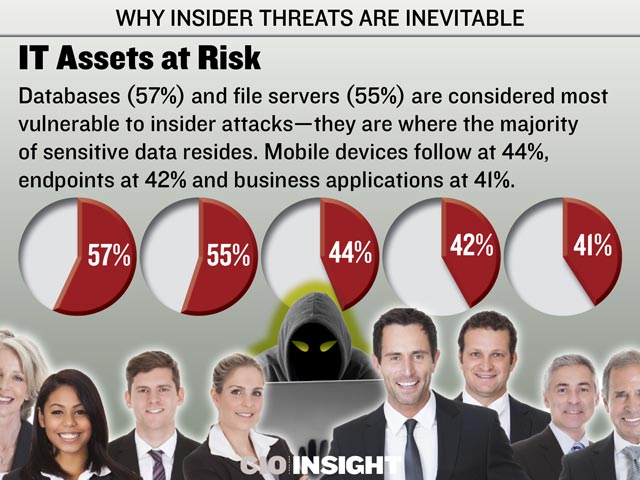 IT Assets at Risk

Databases (57%) and file servers (55%) are considered most vulnerable to insider attacks—they are where the majority of sensitive data resides. Mobile devices follow at 44%, endpoints at 42% and business applications at 41%. 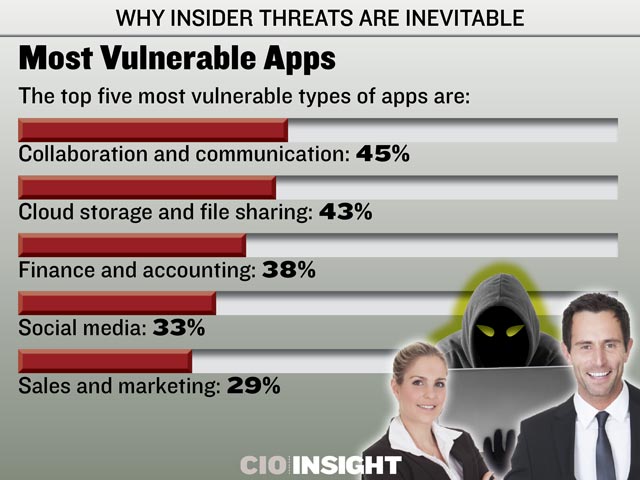 The top five most vulnerable types of apps are: Collaboration and communication: 45%, Cloud storage and file sharing: 43%, Finance and accounting: 38%, Social media: 33%, Sales and marketing: 29% 62% of respondents said insider attacks are harder to detect and prevent than external attacks. The key reasons: insiders often already have access to systems and sensitive information (66%), increased use of cloud-based apps (58%) and the rise in the amount of data leaving the protected network (42%). 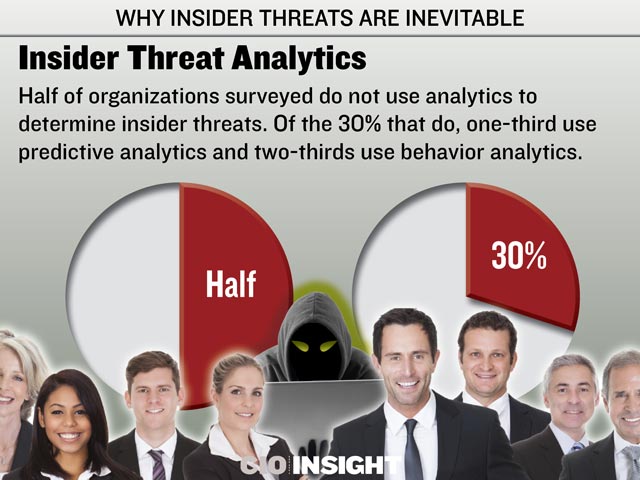 Half of organizations surveyed do not use analytics to determine insider threats. Of the 30% that do, one-third use predictive analytics and two-thirds use behavior analytics. 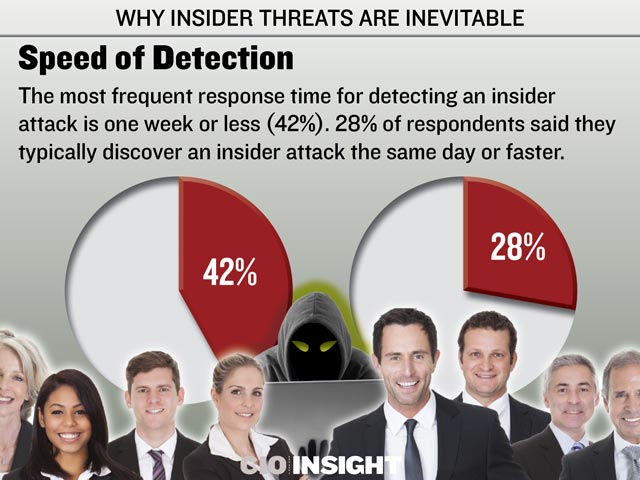