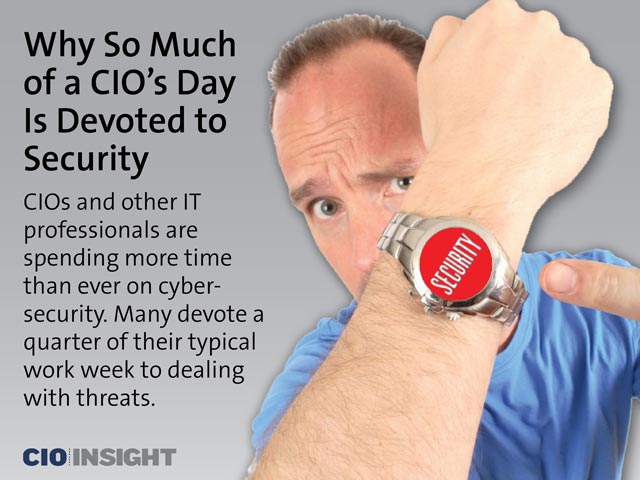 CIOs and other IT professionals are spending more time than ever on cyber-security. Many devote a quarter of their typical work week to dealing with threats. 88% of the CIOs and other IT professionals surveyed said they are involved in the troubleshooting of security-related issues, up from 85% in 2015. Of those respondents, 80% said the time they’re spending on security has increased over the past 12 months, and 75% said they spend up to 10 hours a week on security issues. 63% said email and browser-based malware has grown over the past 12 months, and 52% said the same about the overall sophistication of threats. More than half of the survey respondents expect their organization’s bandwidth consumption to grow by 50% over the next 12 months. More than half said their company will move to 100 Gigabit Ethernet by the end of 2018. 65% of network and systems admins struggle to determine whether app issues are caused by the network, systems or apps, while 53% run into difficulties measuring latency and delay problems when troubleshooting apps. Top Tech Deployed or Planned for 2017 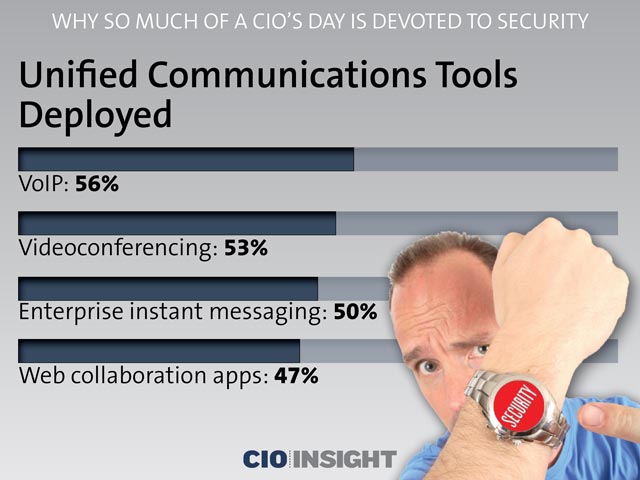