What is Version Control? Definition and Best Practices

Version control refers to the tools and processes DevOps teams use to track all of the changes, called commits, each team member makes to a software project’s source code. These commits are stored indefinitely, which creates a starting point for troubleshooting in the event of an error or bug down the road.

Any company in the software development business must be familiar with version control. It’s a key component of the DevOps framework, which employs strategic practices and tools that increase an organization’s ability to deliver IT services faster than traditional methods.

Version control software facilitates better collaboration among all team members and ensures consistency in the software development process. Before implementing this software, though, it’s important to understand the types, benefits, challenges, best practices, and use cases for version control.

What are the types of version control systems?

The most restricted is local, where all the programming files are stored on a user’s local computer. If anything happens to this computer, all the files will be lost. A developer doing their home project can use a local VCS, but it would be wise to back up all files to an external hard drive to avoid a worst-case scenario.

A distributed VCS allows developers to get an entire clone of what is in the shared master repository, including the whole file history. After developers have a complete local copy of the software project, they can make updates and changes to code while working offline.

One of the biggest benefits of version control software is the efficiency it brings to a business’s DevOps practices. It accomplishes this by providing a macro view of the software development process, which allows managers and key stakeholders to pinpoint trends and blockers and act on them appropriately.

Other benefits of version control include the following:

Each development team will have its own set of challenges with version control depending on its unique positioning and requirements. One of the most common challenges is related to how non-developers understand the value of version control software.

Other version control challenges include the following:

DevOps teams must follow best practices for using version control software to optimize its use and maintain developer productivity.

Bundling associated files together in a commit helps maintain project consistency. However, grouping multiple unrelated changes in one commit can make it difficult to isolate errors. It can also create challenges for situations where source code needs to be reverted without also reverting unrelated changes that were included in the same commit.

It’s important to provide meaningful details about why a commit was executed, and identify all associated source code files tied to the commit. This helps provide context for troubleshooting and testing later.

Before pushing a source code commit to the shared repository, make sure the source code stub has been thoroughly tested by running it through a build loop machine. This prevents individual work from negatively impacting the broader project.

Make sure every commit is traceable

Similarly, developers must ensure the new source code passes all test cases before pushing a commit. Providing the author of the code change, reviewer comments, and other applicable information is necessary to efficiently track down any problems introduced into the code.

How is version control used in a business?

In the long run, the added efficiency and reduced development time that come with integrating version control software will make it easier to meet customers’ expectations and save on overall costs. 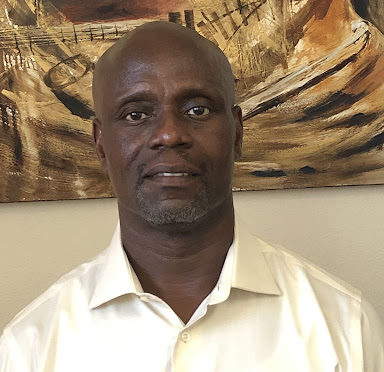 Don Hall
Don Hall has been employed as an IT Manager/Supervisor in the U.S. Government for over twenty years. He has managed programmers, cyber security, and infrastructure/networking personnel during his management career. Hall currently works as an IT Operations Officer that requires him to have general knowledge of various IT topics to assist his Command in making informed decisions or recommendations on behalf of the customers we support.