Unanticipated cloud expenses can reach seven figures, and cloud investments often don’t live up to the hype—creating a cocktail of concern for CIOs. 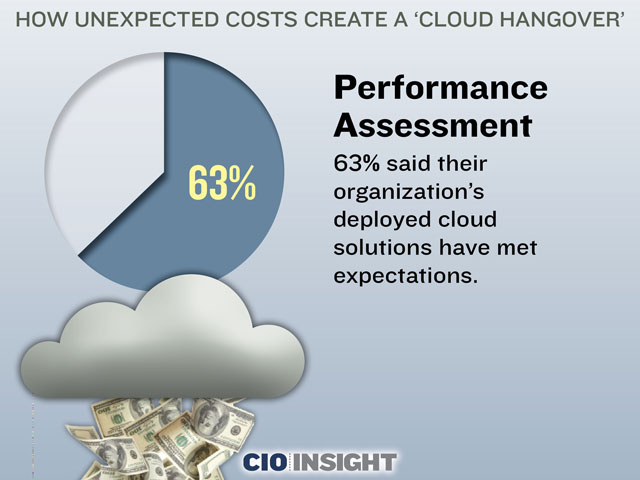 44% expect their company to spend no less than $750,000 on implementing cloud services over the next calendar year, up from 30% whose organization spent this much two years ago. 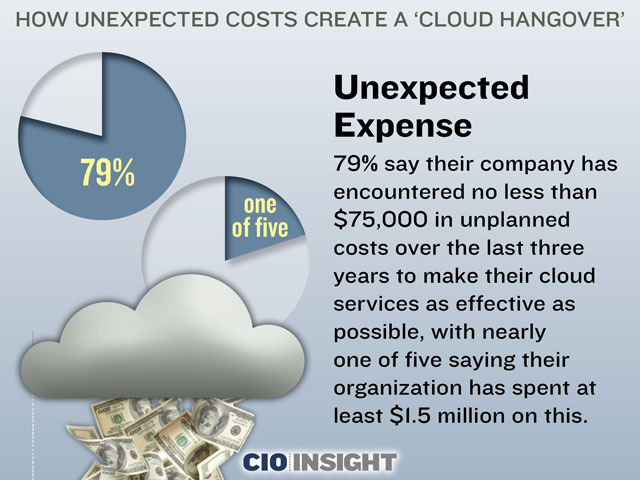 79% say their company has encountered no less than $75,000 in unplanned costs over the last three years to make their cloud services as effective as possible, with nearly one of five saying their organization has spent at least $1.5 million on this. More than three-quarters of IT decision-makers said their company spends at least $15,000 on maintaining cloud services every month, and more than one-third said this expense amounts to no less than $60,000 a month. 63% said their organization has struggled with cloud implementation, and 74% said they’ve had to bring in additional external support to complete implementation. 72% said that investing in cloud services has increased the complexities of their company’s IT environment. 67% said the cloud has emerged as “broadly positive,” but it hasn’t lived up to its hype.

Which IT Certifications Are Worth Getting?

Private Clouds Are Making a Comeback