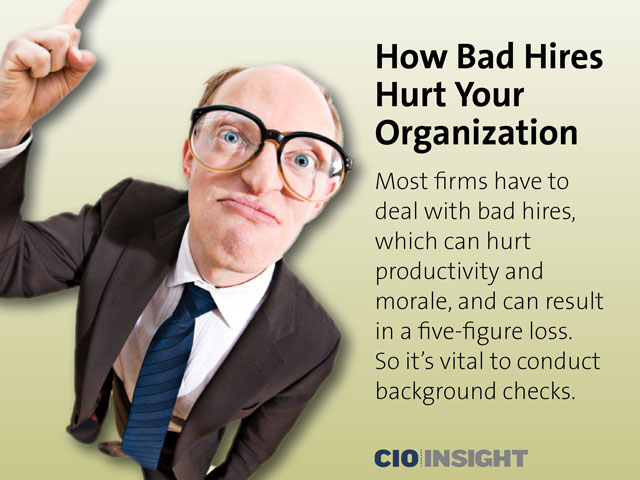 Most firms have to deal with bad hires, which can hurt productivity and morale, and can result in a five-figure loss. So it’s vital to conduct background checks. 75% of the hiring managers and HR professionals surveyed said their organization has made a bad hire. 37% said their company hired a candidate who lied about his or her qualifications. 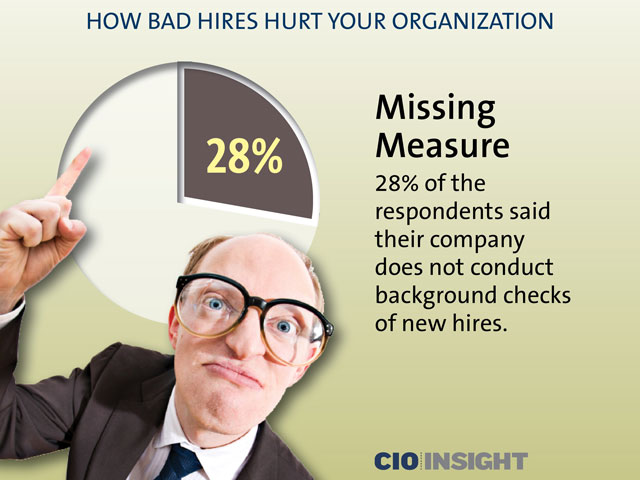 28% of the respondents said their company does not conduct background checks of new hires. 58% of the respondents said employees who don’t produce the proper quality of work make bad hires, while 52% cited workers who have poor attitudes. 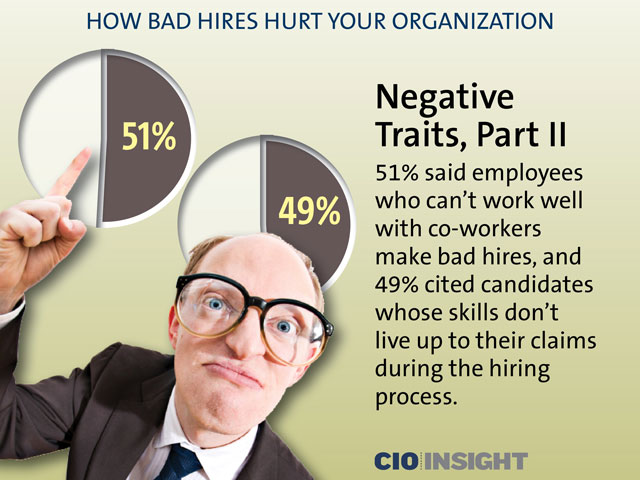 51% said employees who can’t work well with co-workers make bad hires, and 49% cited candidates whose skills don’t live up to their claims during the hiring process. 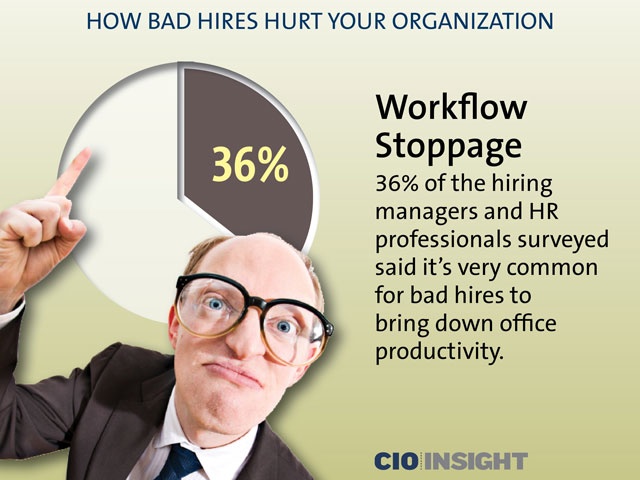 36% of the hiring managers and HR professionals surveyed said it’s very common for bad hires to bring down office productivity. 31% said these hires will often lower morale in the company. 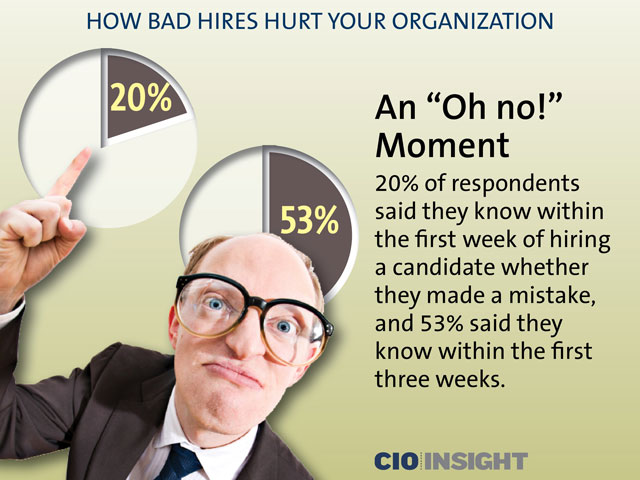