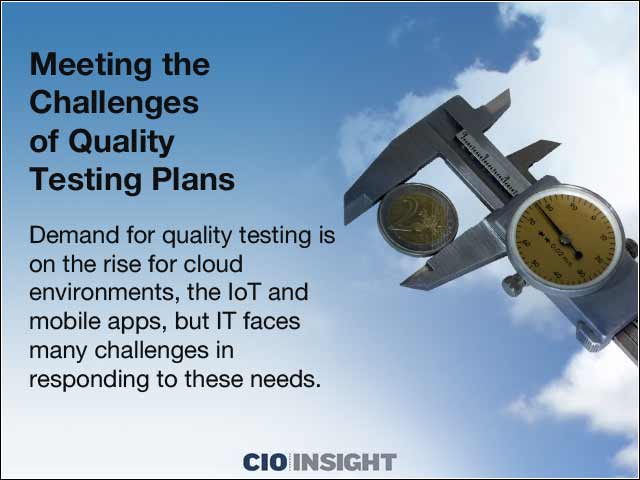 Demand for quality testing is on the rise for cloud environments, the IoT and mobile apps, but IT faces many challenges in responding to these needs. 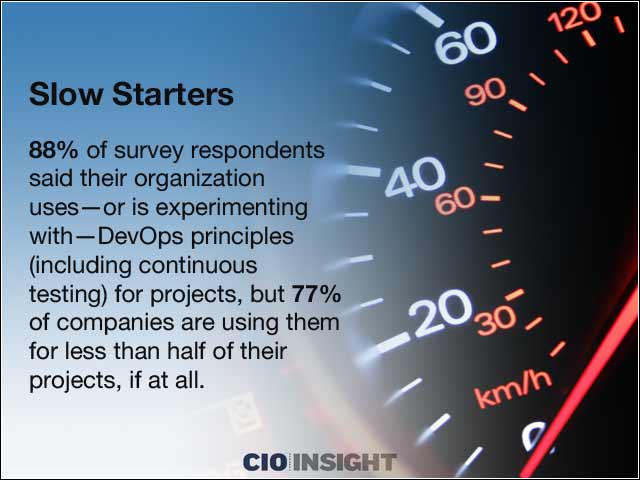 88% of survey respondents said their organization uses—or is experimenting with—DevOps principles (including continuous testing) for projects, but 77% of companies are using them for less than half of their projects, if at all. 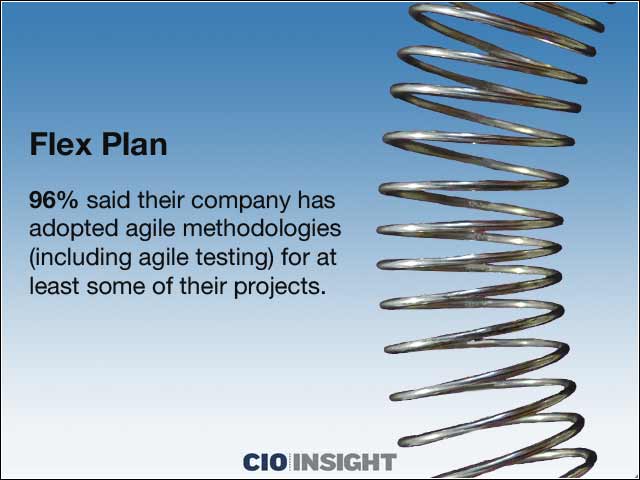 96% said their company has adopted agile methodologies (including agile testing) for at least some of their projects. 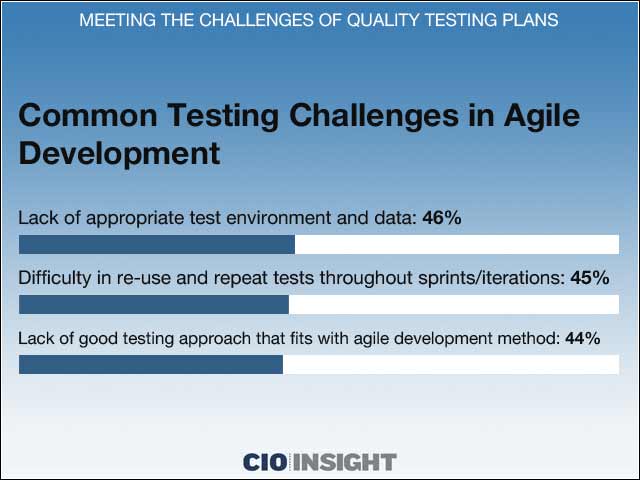 Difficulty in re-use and repeat tests throughout sprints/iterations: 45% 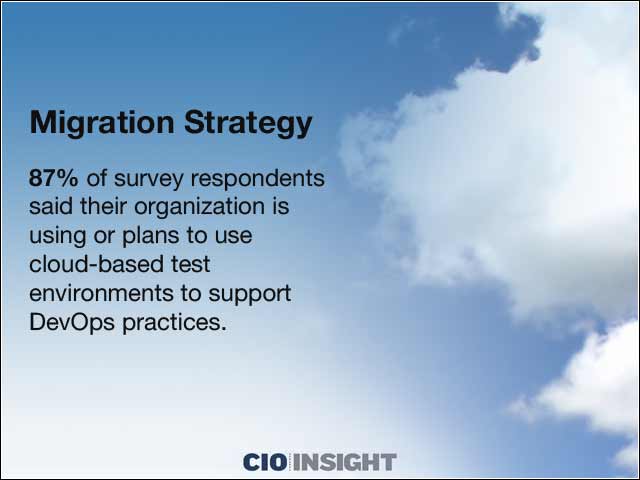 87% of survey respondents said their organization is using or plans to use cloud-based test environments to support DevOps practices. 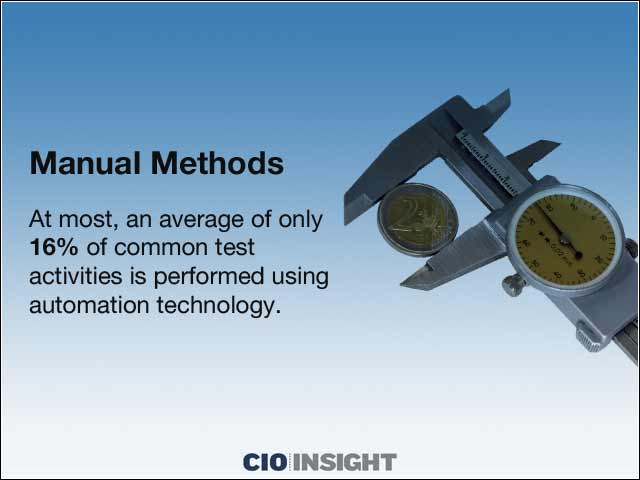 At most, an average of only 16% of common test activities is performed using automation technology. 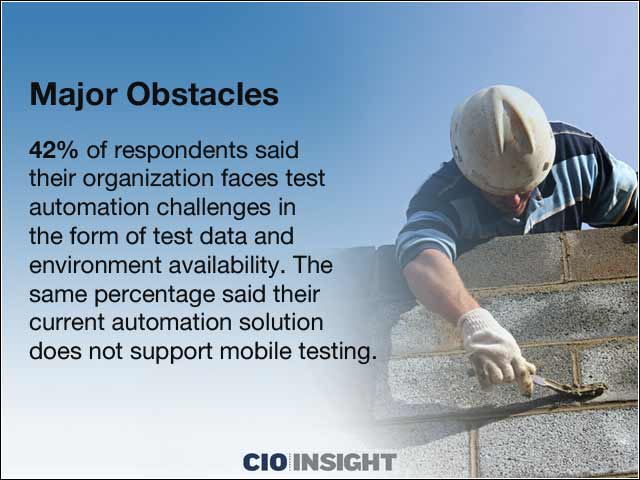 42% of respondents said their organization faces test automation challenges in the form of test data and environment availability. The same percentage said their current automation solution does not support mobile testing. 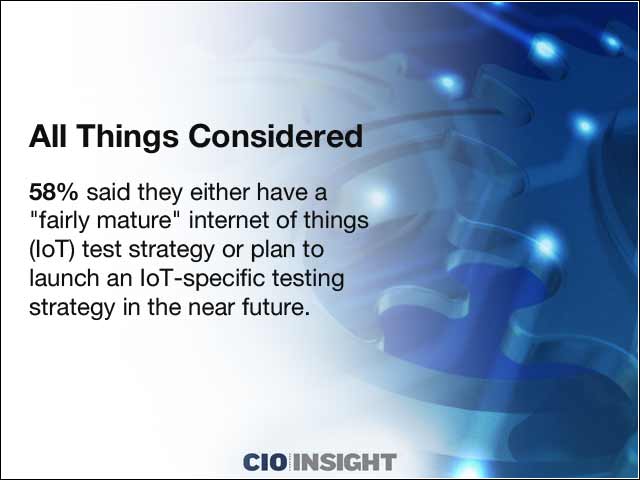 58% said they either have a “fairly mature” internet of things (IoT) test strategy or plan to launch an IoT-specific testing strategy in the near future. 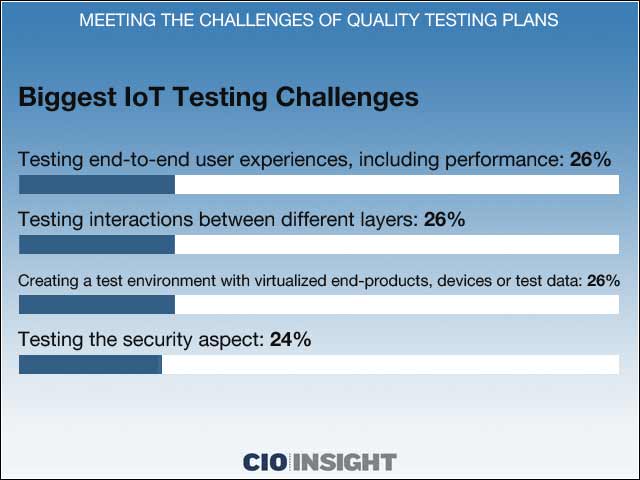 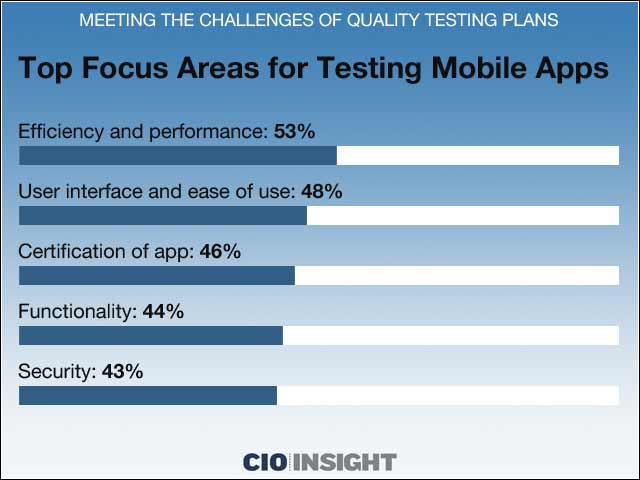 User interface and ease of use: 48% 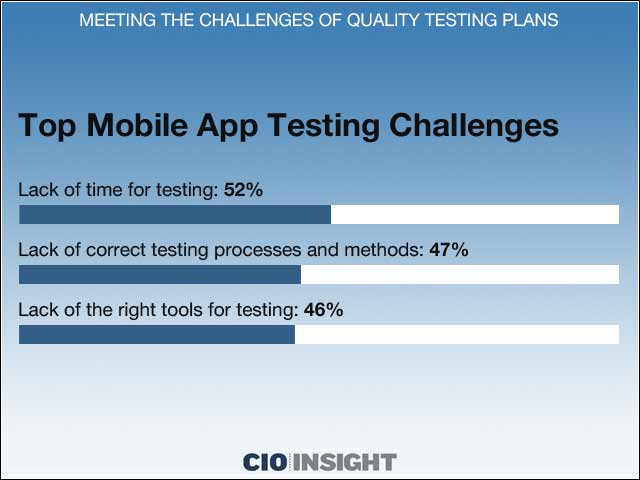 Lack of the right tools for testing: 46%