Ransomware Damages Will Be in the Billions in 2017 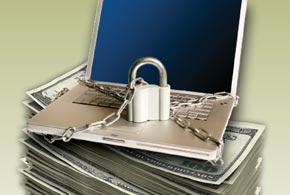 Ransomware Damages to Rise to $6 Billion in 2017 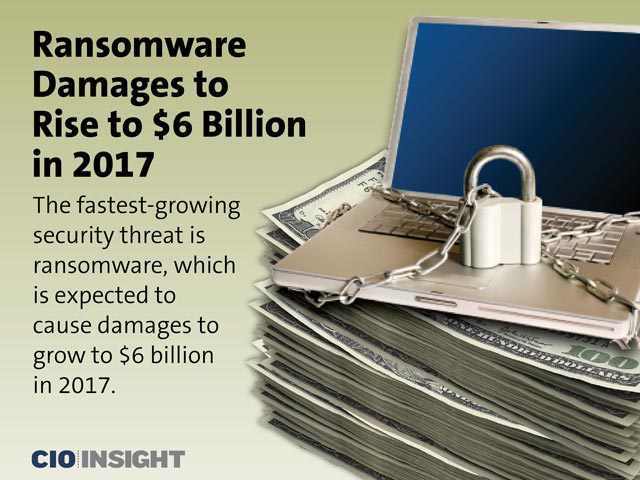 Ransomware Damages to Rise to $6 Billion in 2017

The fastest-growing security threat is ransomware, which is expected to cause damages to grow to $6 billion in 2017. 80% of the cyber-security professionals surveyed categorize ransomware—the fastest growing threat—as a moderate or extreme threat. 15% view it as a small threat ,and 5% don’t consider it a threat. 75% of organizations that experienced ransomware attacks were threatened five times during the past 12 months, while 25% suffered six or more attacks. Only 3% said they would pay the ransom or negotiate. 75% of the survey respondents expect ransomware to be a larger threat during the next 12 months; 19% expect no change; and 6% expect the threat to diminish. 44% of respondents assess their probability as a target as very or extremely likely, and 27% said an attack is moderately likely. Only 7% believe they won’t be a target in the next 12 months. Email and web use were the most common ransomware infection vectors. 73% of employees opened malicious email attachments, 54% responded to phishing emails and 28% visited a compromised website. Most Effective Tactics to Block Ransomware 51% of the cyber-security professionals surveyed said they could recover from a ransomware attack within a day, but 39% estimated it would take from 2 days to several weeks. 86% of respondents said financial gain is the greatest motivator, and 58% named sabotage and disruption of business. 62% of the cyber-security professionals surveyed expect their ransomware security budget to increase.