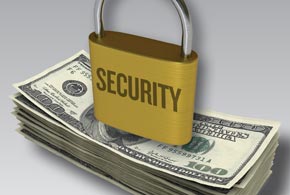 The cost of cyber-crime increases, yet firms still misdirect their priorities by spending on ineffective security tools instead of investing in new technologies. Successful breaches per company have risen 27% annually, from an average of 102 to 130. Ransomware attacks alone have doubled from 13% to 27%. Spending Too Much On Wrong Tech The two most widely deployed security technologies are security intelligence systems (67%) and advanced identity and access governance (63%). They deliver cost savings of $2.8 million and $2.4 million, respectively. Spending on governance, risk and compliance technologies and automated policy management is not a fast track to increased security. They showed the lowest effectiveness in reducing cyber-crime costs (9% and 7%, respectively) out of nine security technologies. Innovative technologies are generating the highest ROIs, yet investment in them is low. Cyber-analytics and user behavior analytics, as well as automation orchestration and machine learning ranked lowest for deployment (32% and 28%, respectively), but they provide the third and fourth highest cost savings. Build cyber-security on a strong foundation. Invest in security intelligence and advanced access management, and recognize the need to innovate.