10 Facts About Open Source and the Linux Kernel 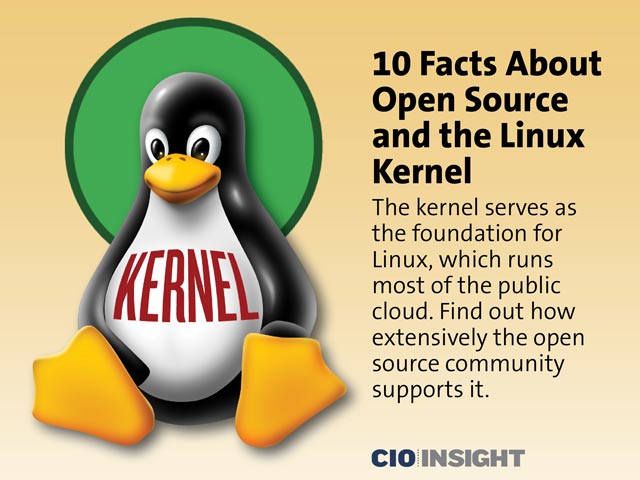 10 Facts About Open Source and the Linux Kernel

The kernel serves as the foundation for Linux, which runs most of the public cloud. Find out how extensively the open source community supports it. The Linux operating system runs 90% of the public cloud workload, 62% of the embedded market share, and 99% of the supercomputer market share. In its history, the kernel has seen 83,000 change sets merged from 4,319 individual developers representing 519 corporations. Patched Up, Part I

More than 12,000 patches go into each kernel release. Within the 406 days covered by the report, nearly 83,000 patches were implemented into the kernel. The kernel currently undergoes 8.5 patches an hour, up from 7.8 patches per hour from roughly a year ago. The kernel now represents nearly 25 million lines of code. It started with 10,000. The kernel community adds just over 15 files and nearly 7,500 lines of code every day. Intel has contributed the most to the Linux kernel during this reporting period, with 10,833 changes – or just over 13% of the total changes. How to Develop an ERP Business Continuity Plan