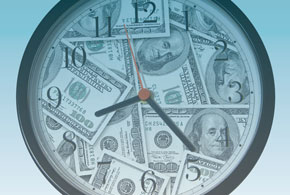 51% of CIOs surveyed said having a mobile strategy is important to their business, and 46% said it’s critical. 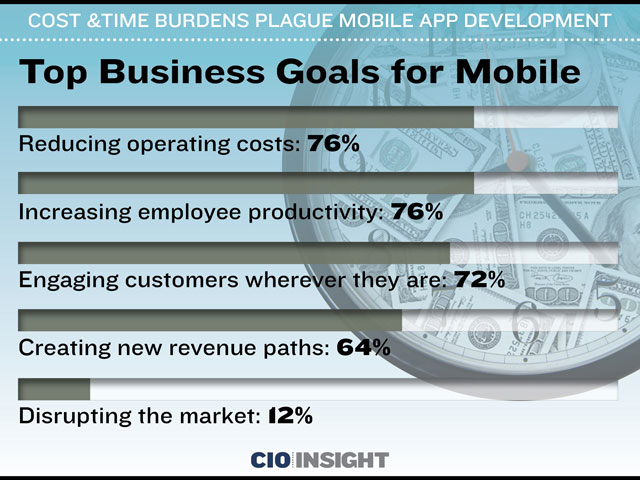 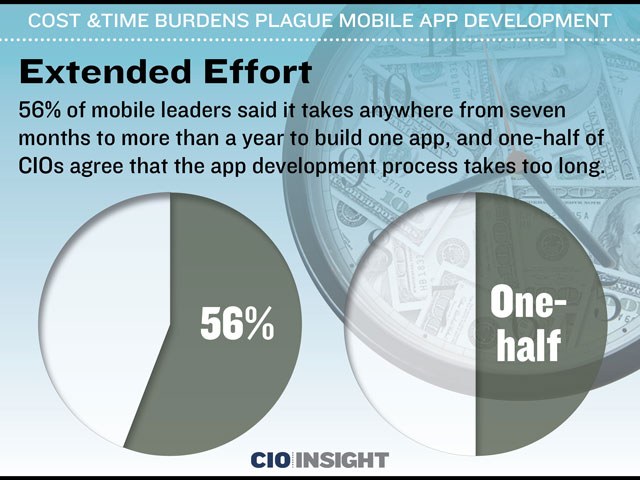 56% of mobile leaders said it takes anywhere from seven months to more than a year to build one app, and one-half of CIOs agree that the app development process takes too long. How to Shorten App Development/Deployment Two-thirds of CIOs surveyed expect their overall use of cloud services for infrastructure and apps to increase by at least 11% within the next 12 months. 71% of app development is led by product lines or functions, such as marketing and sales, rather than a centralized enterprise approach led by IT. Reasons for Lacking a Mobile Strategy

Mobile projects are run separately: 61%, Decision-makers can’t agree on one: 45%, “We’ve been successful without one”: 29% Seven out of 10 CIOs said they lack the right skills and tools to advance their mobile strategies. 67% said a lack of budget leads to gridlocked or inefficient mobile strategies.