The traditional argument against item-level RFID is that it only makes economic sense for products costing more than $100, but that assumes one-time use. In a trial with reusable tags, Staples is throwing out all the old rules.

Staples in late May started its trial at one of its Montreal stores, selectively tagging about 2,000 items, representing some 300 SKUs out of the 7,500 SKUs in a typical location, said Joe Soares, director of process engineering for Staples and Business Depot.

The tags themselves are higher-end active tags, which would typically cost Staples between $5 and $8 each. For the six-week trial, though, Soares said, “it’s not costing us anything” because the costs are being picked up by partners, including Fujitsu and AbsoluteSky. Soares later clarified that comment to say that Staples had to purchase one new server for the trial, but if the trial failed the server would just be redeployed elsewhere, so it was not a pure cost of the trial. “Fujitsu has put in the services and the tags,” he said.

Asked why such an extensive project is being given only a six-week trial, Soares said the nature of what was being tested wouldn’t take that long. “It either works or it doesn’t, from Day One. It’s either right or wrong. There’s no in between about it,” he said. Thus far, Soares said, it’s been working flawlessly.

Typically, Soares said, RFID (radio-frequency identification) passive tags are used for the supply chain. But Staples’ Canada operation receives all products as they are shipped directly from various suppliers. “We therefore have no warehousing so, for us, improving the supply chain doesn’t give us a huge advantage,” he said.

The need comes in the store when an associate wants an accurate inventory as well as the precise current location for a product. “It took us to yesterday to validate,” Soares said in an interview June 1. “We tagged 10 items and our system said that we had 10 items.”

With the manual system, he said, that rarely happened. Sometimes the store would have more of an item in stock than the computer would show because, for example, a different item was sold under the first item’s SKU. A shortage might be explained because a product was damaged and removed from the store, but no one remembered to delete it from the available inventory list. 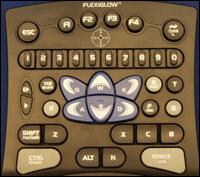 With every item using an active tag, “it is 100 percent accurate,” Soares said. It also tracks merchandise as it moves through the store, knowing that when “it passes through the POS, it changes from saleable inventory to a sold item,” but it also retains all of the movement history, he said. “It flags all of the exceptions.”

Soares added that the store is starting to see some labor savings because “we no longer have to cycle count those products.”

But the cost change that makes this trial unusual is the store’s ability to repeatedly reuse the tags. “You can reuse these over and over again,” Soares said, adding that he expects at least a five-year life for each tag, which would be removed at the POS. “If over a five-year term, you get 200 uses out of it, it comes down to 3 cents a use,” he said.

Check out eWEEK.com’s for the latest news, views and analysis on technology’s impact on retail.