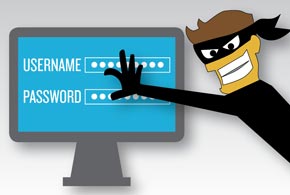 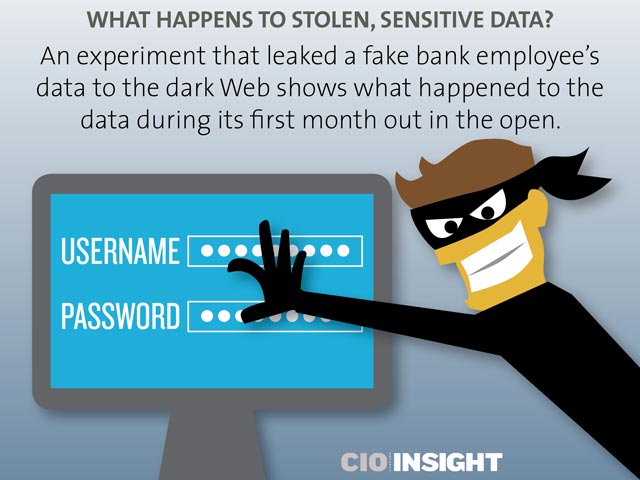 An experiment that leaked a fake bank employee’s data to the dark Web shows what happened to the data during its first month out in the open. 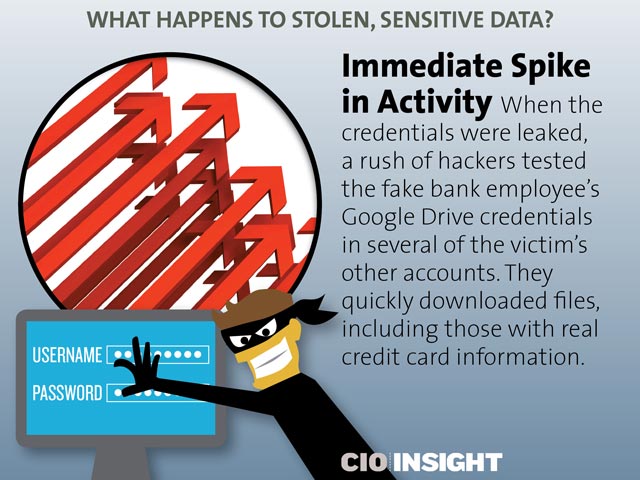 When the credentials were leaked, a rush of hackers tested the fake bank employee’s Google Drive credentials in several of the victim’s other accounts. They quickly downloaded files, including those with real credit card information. 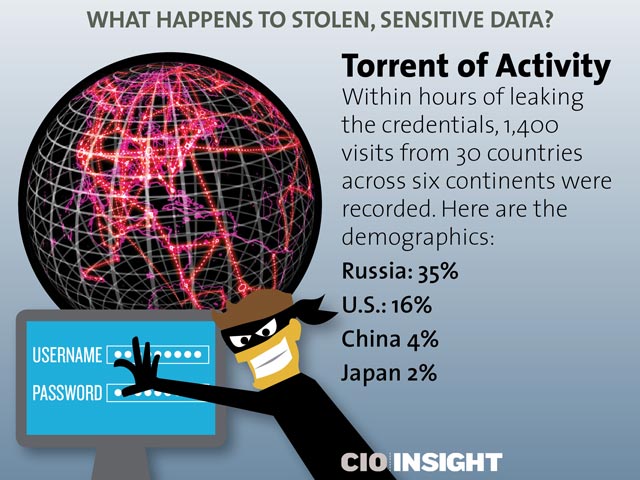 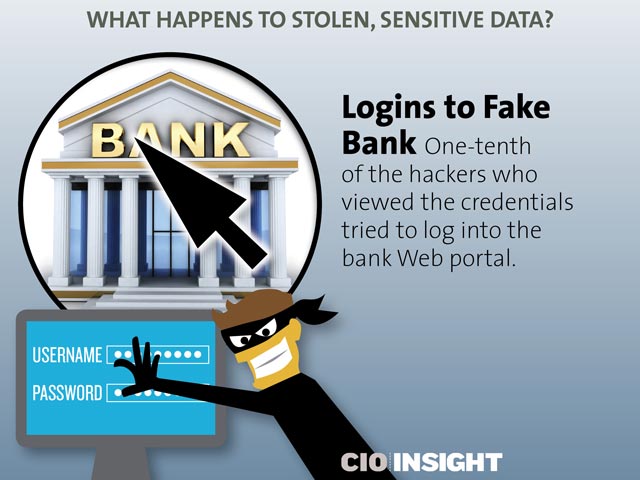 One-tenth of the hackers who viewed the credentials tried to log into the bank Web portal. 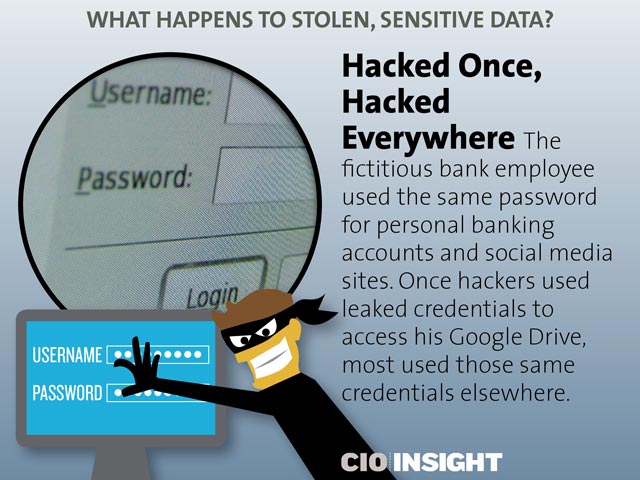 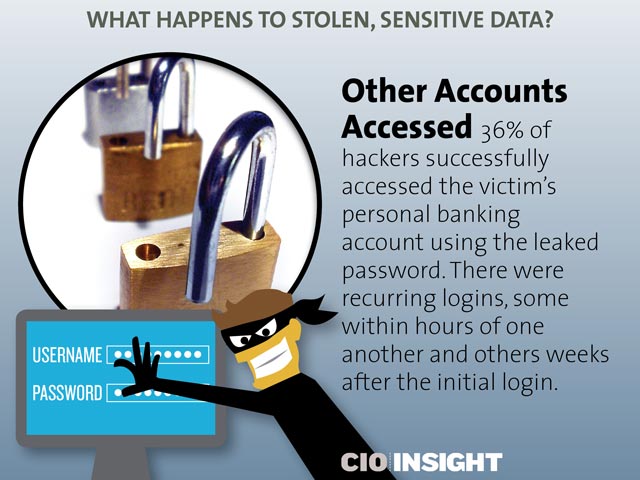 36% of hackers successfully accessed the victim’s personal banking account using the leaked password. There were recurring logins, some within hours of one another and others weeks after the initial login. 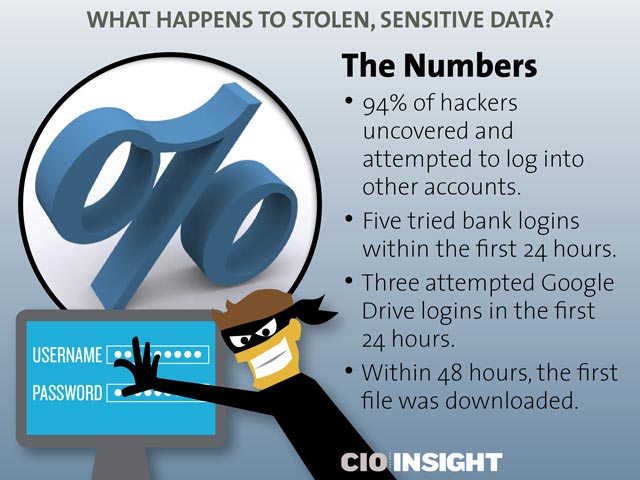 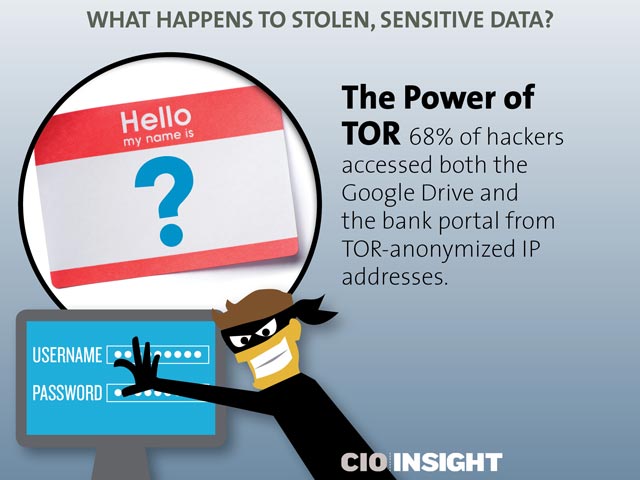 The Power of TOR

68% of hackers accessed both the Google Drive and the bank portal from TOR-anonymized IP addresses. 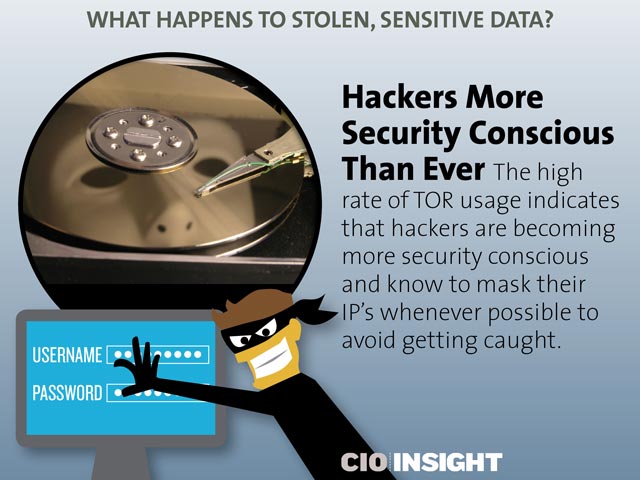 Hackers More Security Conscious Than Ever

The high rate of TOR usage indicates that hackers are becoming more security conscious and know to mask their IP’s whenever possible to avoid getting caught. 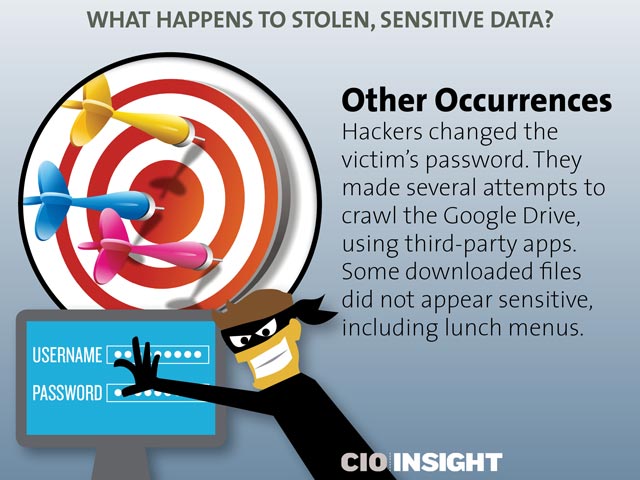 Hackers changed the victim’s password. They made several attempts to crawl the Google Drive, using third-party apps. Some downloaded files did not appear sensitive, including lunch menus.