App Testing Now Consumes a Quarter of IT Budget 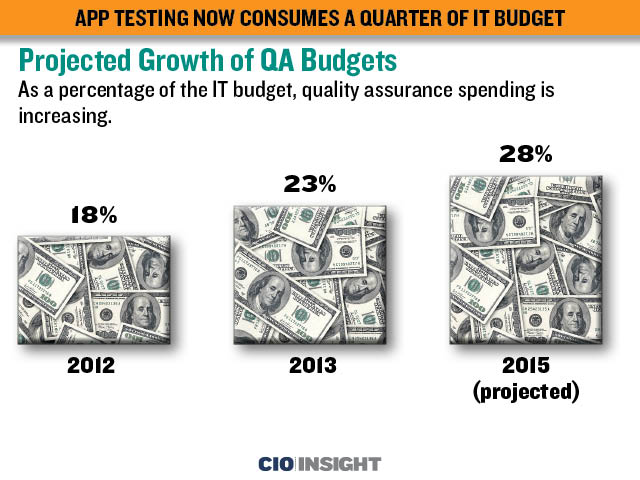 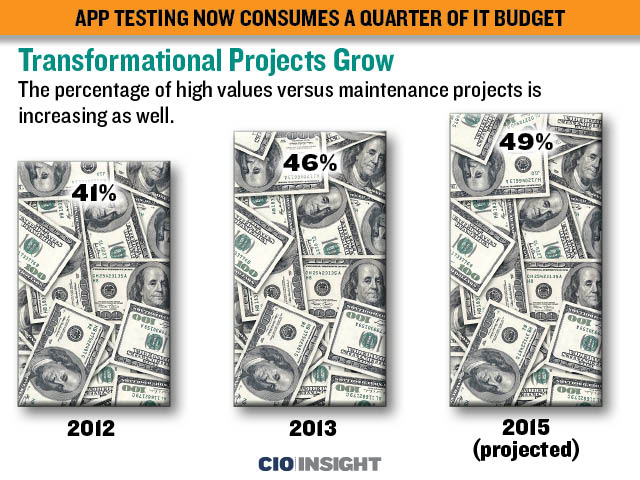 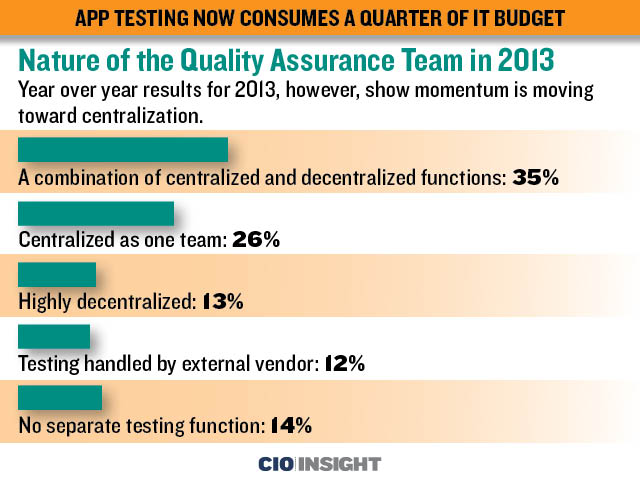 Nature of the Quality Assurance Team in 2013

Year over year results for 2013, however, show momentum is moving toward centralization. A combination of centralized and decentralized functions: 35%, Centralized as one team: 26%, Highly decentralized: 13%, Testing handled by external vendor: 12%, No separate testing function: 14% 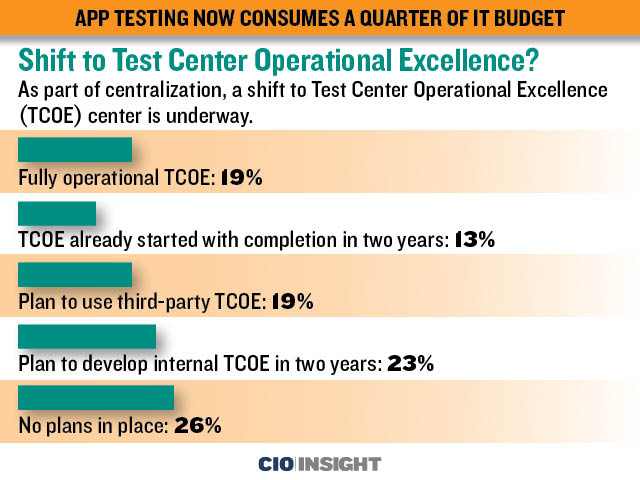 As part of centralization, a shift to Test Center Operational Excellence (TCOE) center is underway. Fully operational TCOE: 19%, TCOE already started with completion in two years: 13%, Plan to use third-party TCOE: 19%, Plan to develop internal TCOE in two years: 23%, No plans in place: 26% 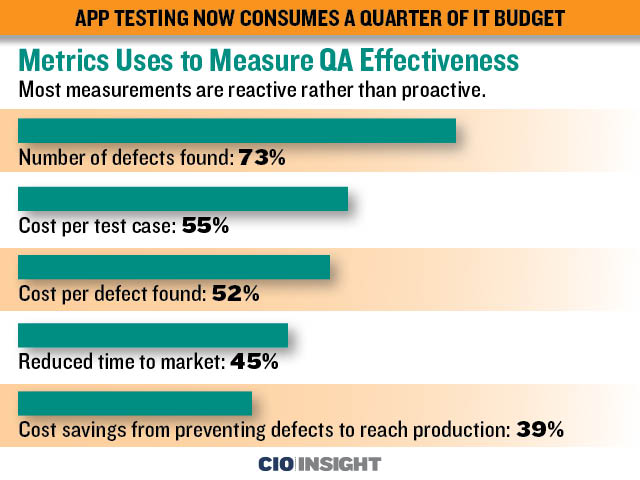 Most measurements are reactive rather than proactive. Number of defects found: 73%, Cost per test case: 55%, Cost per defect found: 52%, Reduced time to market: 45%, Cost savings from preventing defects to reach production: 39% 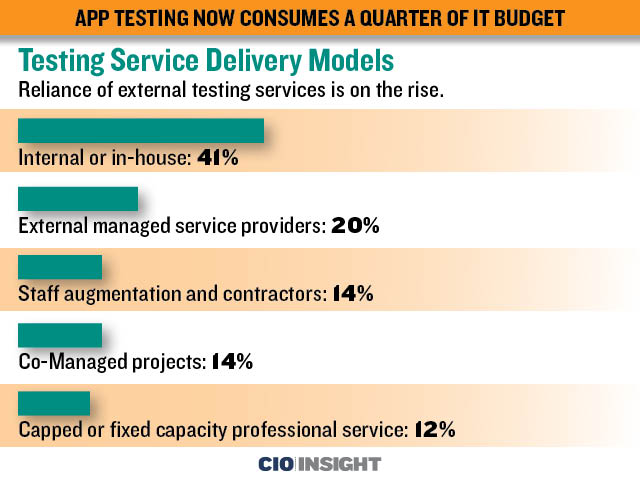 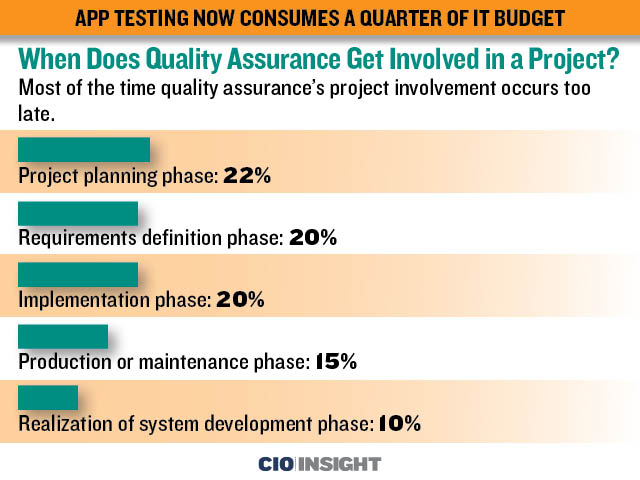 When Does Quality Assurance Get Involved in a Project? 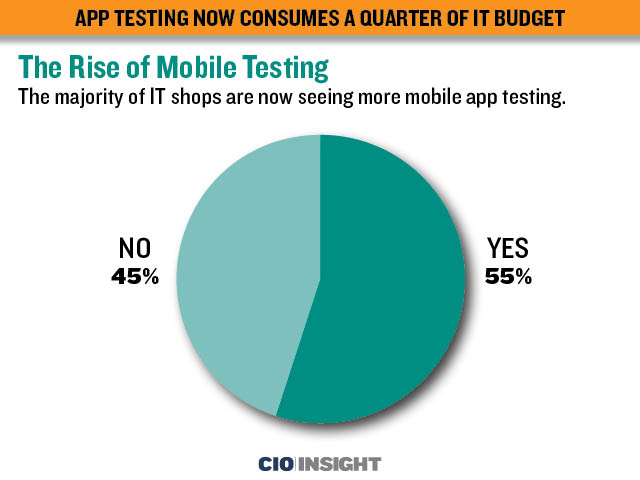 The Rise of Mobile Testing 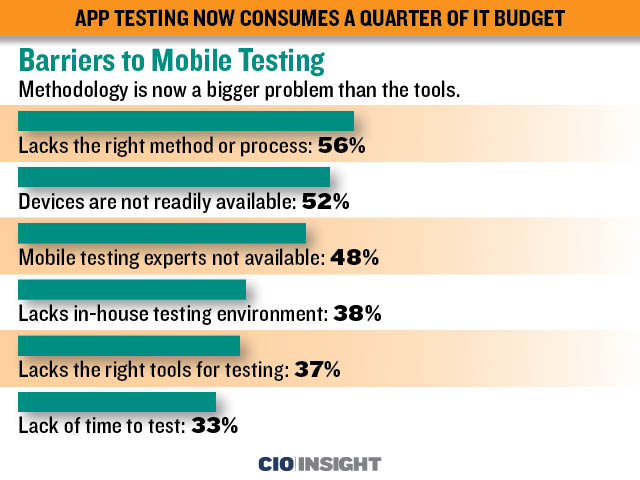 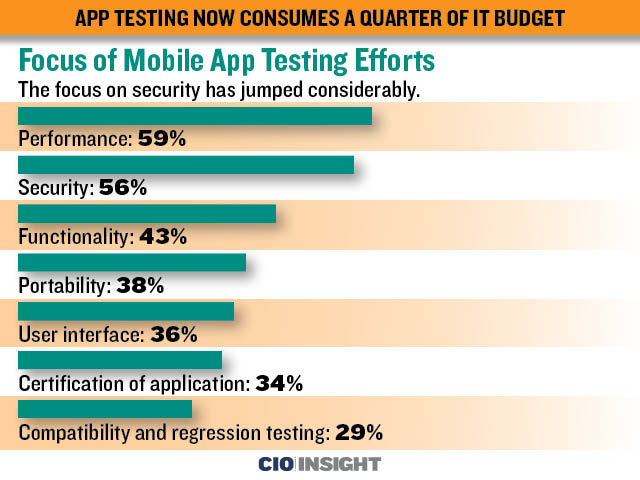