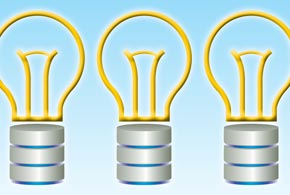 For organizations to stay above the rising tide of data agility, they’ll need to innovate their data storage options through next-generation databases. 63% of survey respondents from companies investing in next-generation databases have already deployed at least 10 nodes for these operations, and 28% have deployed no less than 50. 60% of survey respondents from organizations using next-generation databases said they are doing so for testing and development environments, and 42% said these databases are deployed for production/on-premise needs. 40% of these survey respondents said their company is currently using next-generation databases for sandbox/trial environments, and 29% said they’re needed for production/public cloud projects. 59% of survey respondents anticipate that their company’s database size has the potential to double over the next two years, with nearly one-quarter indicating that database size will expand beyond that within this time frame. 54% said they depend upon native database replication to protect against data loss within their next-generation database, and 42% take node-by-node snapshots.